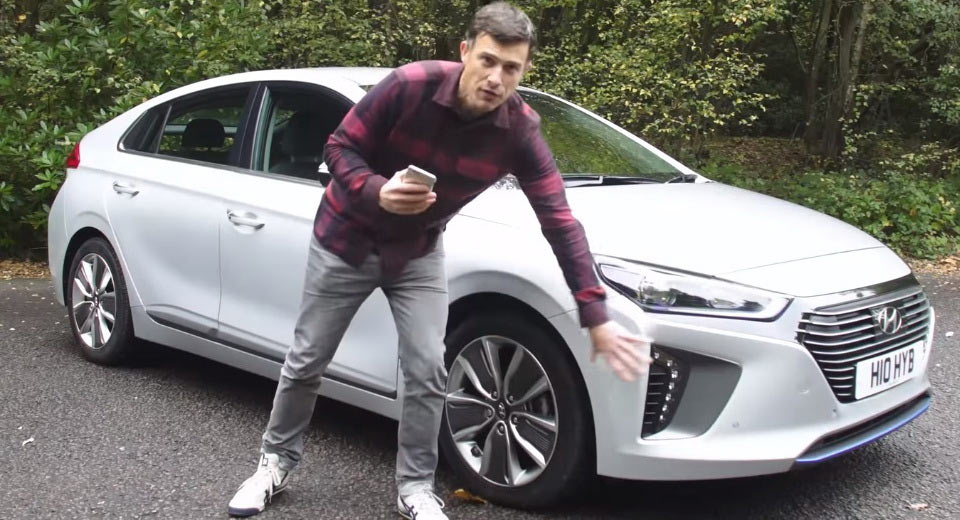 The Hyundai Ioniq even has a proper gearbox for those hating the scooter-like CVT transmissions you normally find in hybrids, as it pairs a six-speed dual-clutch unit to the petrol-electric powertrain.

Speaking of which, the Hyundai Ioniq is pairing a 103hp 1.6-liter engine with a 43hp electric motor, producing a combined 139hp and 195lb-ft of torque.

If there’s one issue with Hyundai’s hybrid model, that has to be the tight rear headroom caused by the sloping roofline. Despite providing more than enough leg room, tall adults will find little space for their heads and that’s a shame as the rest of the car appears to offer a great package.

Mat Watson for Carwow gives us an in-depth look at the Hyundai Ioniq on the video that follows.