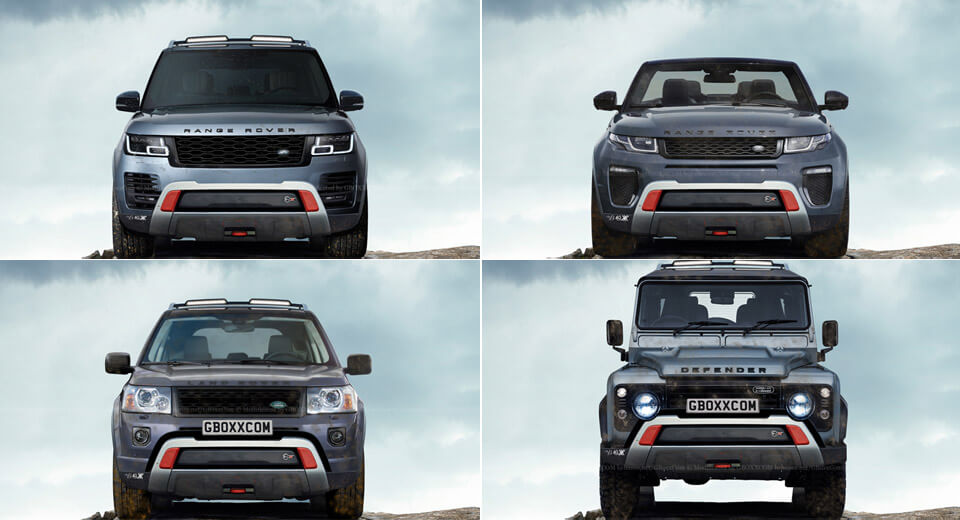 The hardcore version of the Discovery, which was unveiled by Land Rover at Frankfurt this past September, wasn’t the first SVX model it’s done – and it won’t be the last.

The question is, which of the British sport-ute manufacturer’s products should be the next to get the SVX treatment? Well, here are a few ideas.

Rendering artist Nikita Aksyonov recently gave us a speculative preview of what the flagship Range Rover would look like in SVX spec, and has now followed up with more.

In the gallery below, you’ll see similar takes on the Defender, Freelander, Evoque, Evoque Convertible, and Velar, along with the aforementioned Range Rover as well, all done up with similar equipment to the Discovery SVX.

Now some of them seem more likely than others. The Velar? Maybe. The Evoque? Probably not. The Evoque Convertible? Even less so. The Freelander won’t happen since it’s already been phased out, replaced as it has by the new Discovery Sport, but the latter could make a good basis.

As for the Defender, well that’s already spawned an SVX version – or, more accurately, two: the first back in 2008 (which was 10 years ago now, if you can believe it), and those jacked-up, roped-off Defender 110 short-bed, double-cab pickups in Spectre that were crafted jointly by JLR Special Vehicle Operations and the company’s longtime off-road racing partner Bowler.

Making another one, then, would hardly seem like much of a stretch. As always, we’ll keep an eye for it, so you might want to watch this space.