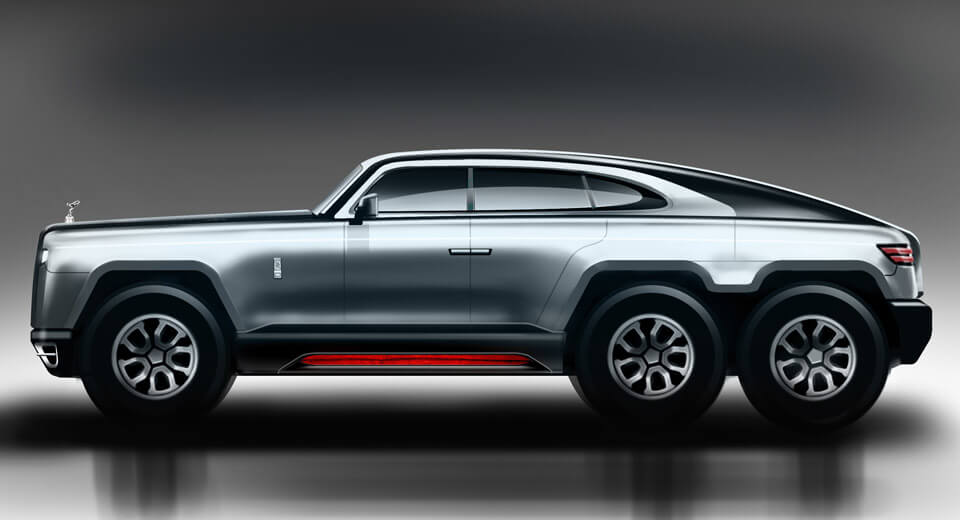 Rolls-Royce is on the verge of introducing its first crossover, or “high-sided all-terrain vehicle” as the manufacturer calls it.

We know pretty much what form it will take, and it won’t look anything like this. But as outlandish as this design may look, it’s not completely out of left field.

The vision of a designer from India who goes only by the handle Vivek, this concept envisions an extreme Rolls-Royce off-roader with three axles.

If that format strikes you as familiar, you’re likely thinking of the Mercedes-AMG G63 6×6 – an extreme take on Daimler’s hardcore off-roader that has long since sold out.

Though based on a military specification, the G63 6×6 was all luxed-out to the hilt. Which is exactly what we can expect of the Rolls-Royce tentatively known as Project Cullinan.

The finished product will have four driven wheels on two axles – not six on three. And it’ll have a more conventional wagon roofline, not a sloping fastback like the BMW X6 and all those that have followed. But the details and design cues, from the upright Pantheon grille to the suicide rear doors, look right in step with what the British luxury automaker would cook up itself.

This design, then, is something more of a pipe dream. But if you’re going to dream, we suppose, you might as well dream big. And that this certainly is.