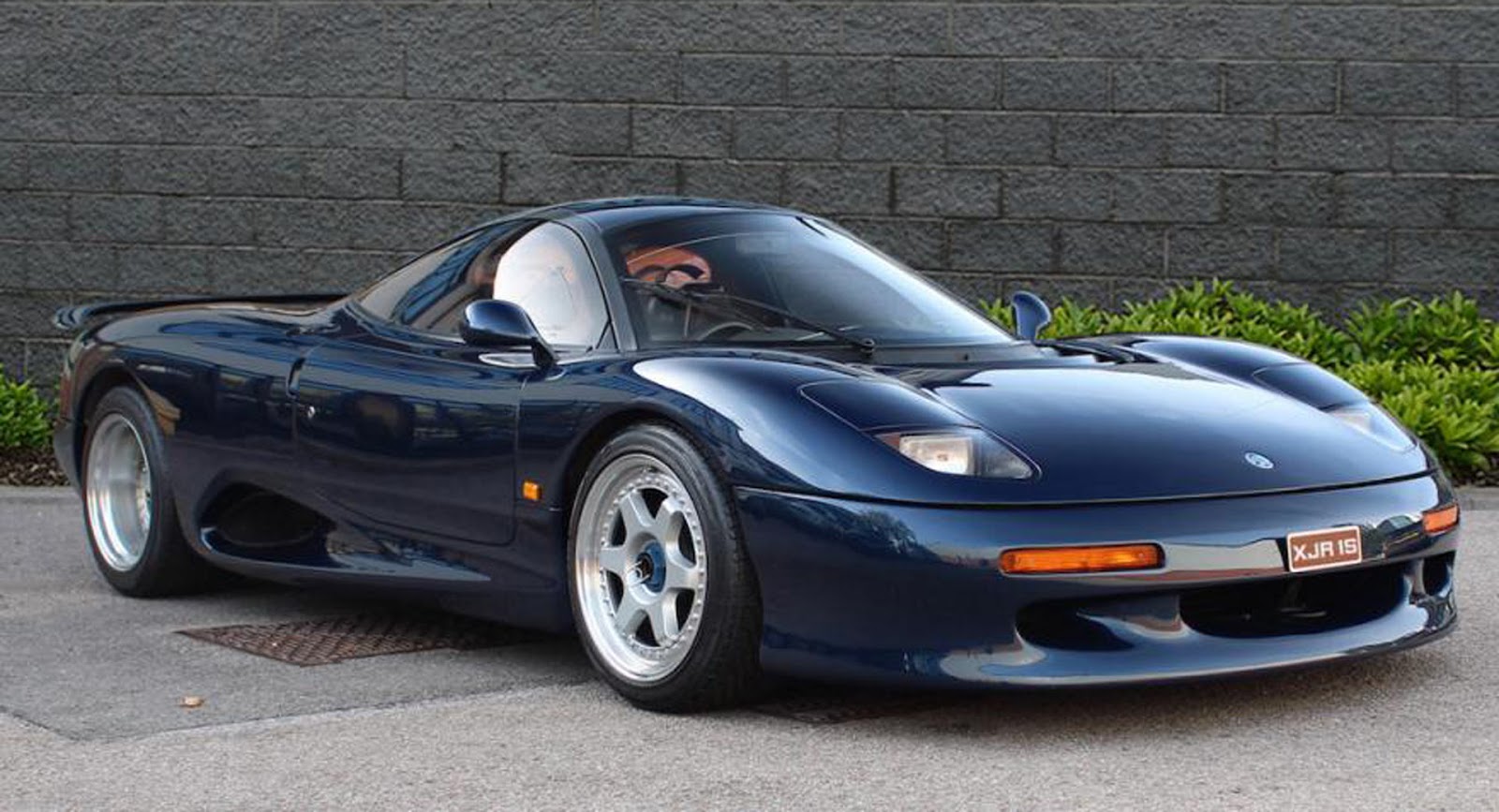 Before the Jaguar XJ220 came the XJR-15, and while it doesn’t have a top speed to rival its successor, it holds a special place in the brand’s history.

Unbeknownst to most, the XJR-15 was the first road-going production car to use a carbon fiber monocoque. It was also restricted to just 53 examples worldwide. Now one of those has appeared for sale on DD Classics in Germany.

The listing says that the mid-engine supercar has just 600 miles on the odo and is one of just 25 of the more luxurious ‘street versions’ with air conditioning, leather trim and a five-speed all-synchro transmission.

In 1991, the car was originally exported to Germany and kept in storage for most of the next 17 years until it was imported into the UK with just 250 miles on the odometer. When the UK buyer took ownership, a six-year re-commissioning totaling £98,000 ($133,000) was overseen by Don Law Racing.

Like all other road-going XJR-15’s, it is powered by a naturally-aspirated 6.0-liter V12 engine with Cosworth aluminum pistons, a forged crankshaft and electronically-controlled sequential fuel injection. All up, there is 450 hp on tap, enough to propel the 2315 lbs (1050 kg) to 60 mph (96 km/h) in under four seconds and to a top speed of almost 200 mph (320 km/h).

No asking price has been made public by the seller, but we expect a figure in excess of $500,000.