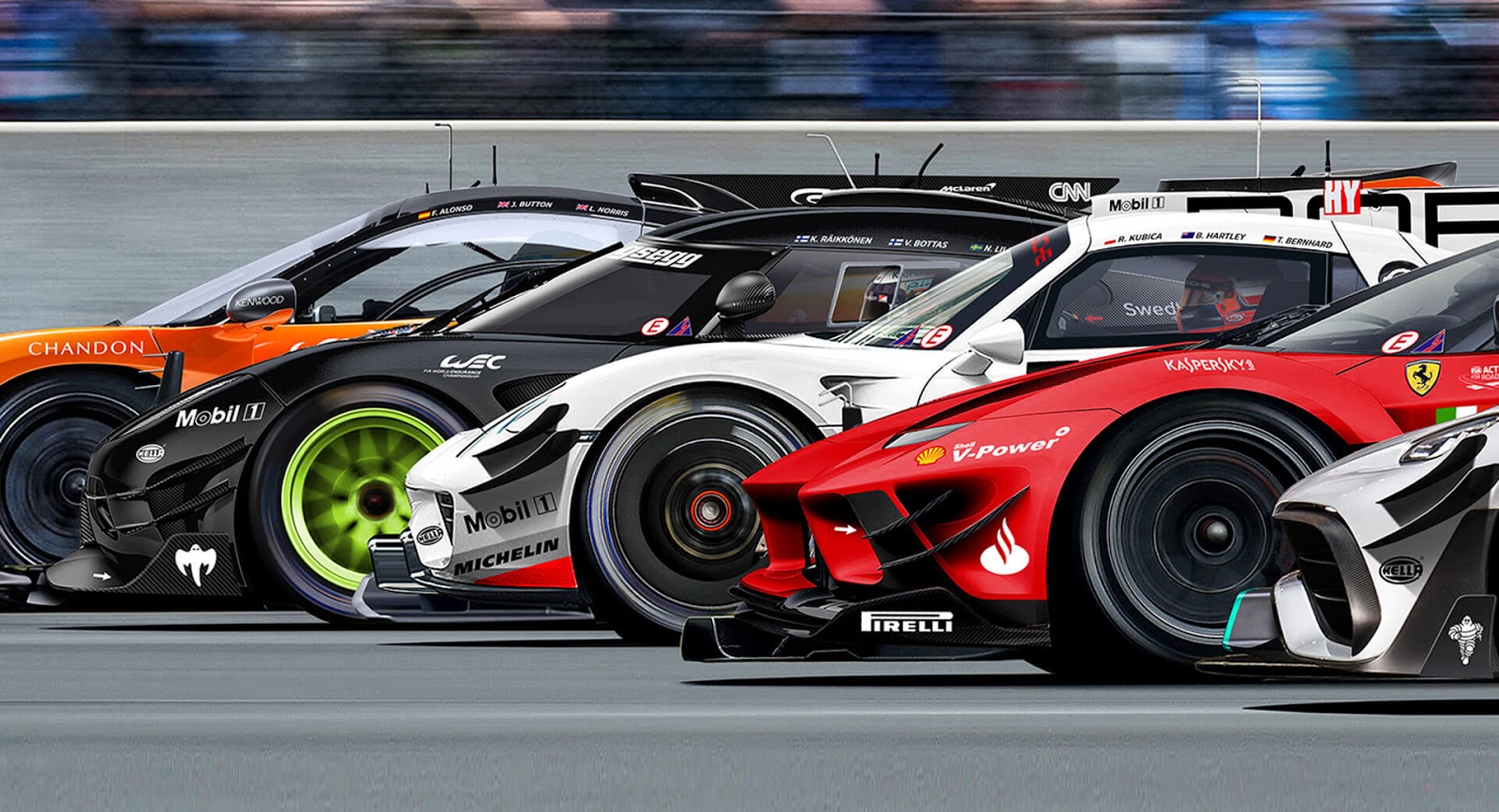 It had a good run, but today’s LMP1 class is all but completely dead – killed by a gradual bleeding of its vital participating manufacturers. It’s time, in short, for the FIA and ACO to rethink of what the top tier at Le Mans and the World Endurance Championship should be composed. And looking at these renderings, we’re convinced that the latest crop of hypercars would be just the ticket.

Illustrated by Marco van Overbeeke and shared both on Behance and Drivetribe, these images show what the most extreme road cars would look like if converted to a revived GT1 specification.

GT1, for those who don’t recall, was a more extreme class of (barely) road-derived racers that formed both the top tier at Le Mans in the late 1990s and the backbone of the successive FIA championships from 1993 through 2012. It yielded such legendary cars as the Porsche 911 GT1, Mercedes CLK GTR, McLaren F1 GTR, Maserati MC12, and Aston Martin DBR9 – each world-beating champions in their own right, casting a long shadow even over the LMP1 prototypes and GTE racers that have taken their place at either end.

It would take a special breed of machinery to revive their spirit, but these race-converted hypercars could do just the trick – encouraging the most exotic automakers to showcase their machinery, and giving fans something more tangible to root for.

Overbeeke’s conceptual lineup includes race-converted versions of the Mercedes-AMG Project One, McLaren Senna, Aston Martin Valkyrie, Porsche 918, Koenigsegg Agera RS, and Ferrari FXX-K Evo. Who knows, maybe Bugatti could be tempted to take part as well with a competition-spec Chiron (looking like its Vision Gran Turismo concept), and Toyota to shift its program based on the LMP1-inspired supercar concept it has coming. It’d make a fitting opportunity for Lamborghini too, if the costs could be kept low enough for the VW group to justify multiple programs (like it did with Porsche and Audi until recently). What do you say, racing fans?