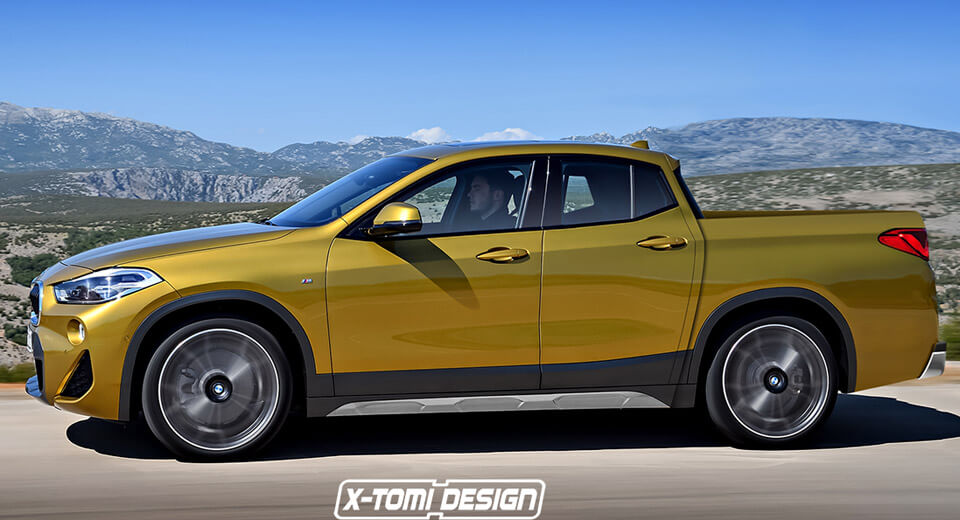 Volkswagen makes pickups. So does Mercedes now. BMW isn’t likely to follow suit, but even if it did, it probably wouldn’t look anything like this.

Still, it’s an interesting sight to behold – the new BMW X2 rendered with a pickup bed instead of an enclosed wagon’s back, brought to us by the talents at X-Tomi Design.

The X2, for those who missed it, is a sportier counterpart to the X1, with a more aggressive stance and appearance. It’s the latest in a string of crossovers from the Bavarian automaker stretching all the way back to the first-generation X5 that debuted in 1999.

Before then, the idea of a BMW crossover seemed ridiculous – maybe as ridiculous as a BMW pickup would seem to us now, especially with Amaroks and X-Classes roaming the roads and backcountries of the world. The big difference, though, is that while Volkswagen and Mercedes have commercial-vehicle divisions (and corporate partners) on which to draw in the development of their pickups, BMW does not.

Still, it seems that BMW has explored just about every other body style, and invented some of its own. So who’s to say it would never do a pickup? 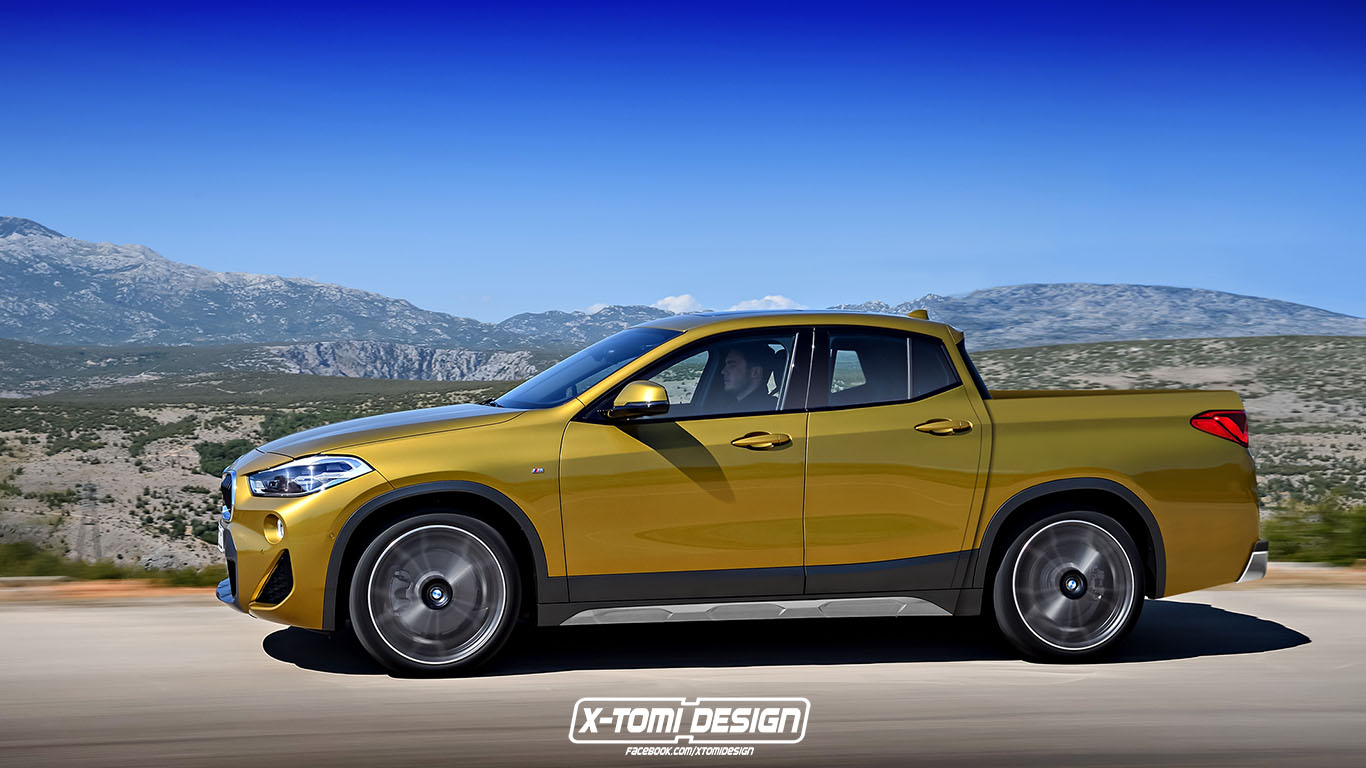