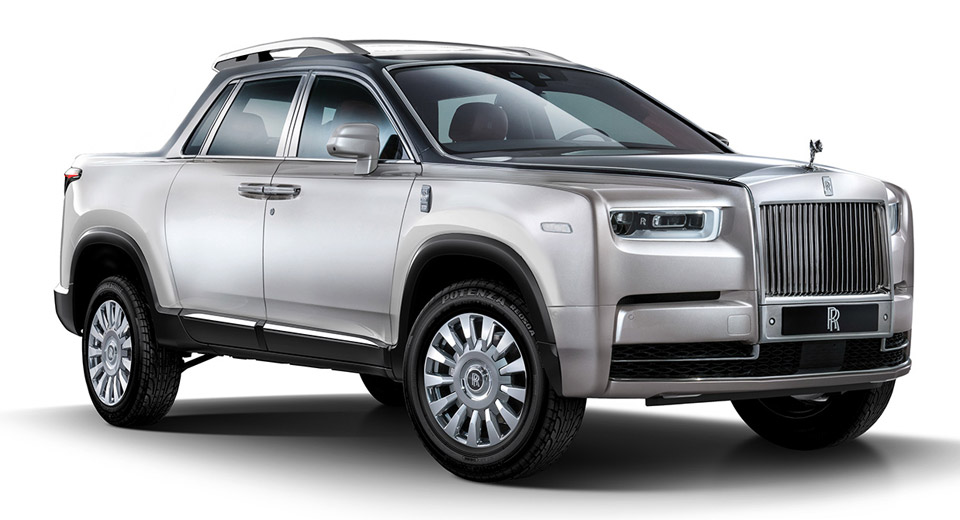 Rolls-Royce has been very clear that its forthcoming crossover won’t be an SUV. Elegant, sure. Sporty… er, maybe. But certainly not utilitarian.

An “all-terrain, high-sided vehicle” is what they’re calling it over in Goodwood. But what if it were a real utility vehicle?

Then it might look something a little like this. A lot like this, if we were so fortunate. It’s called the Rolls-Royce Haunt, in keeping with the marque’s ghostly naming scheme. Only it doesn’t actually exist. It’s a rendering from Brazilian designer Kleber Silva.

As you can see, the design calls for a four-door, short-bed pickup truck – not unlike, say, the Lamborghini LM002 or a Hummer H2 SUT… only not quite that utilitarian, and with distinctly Rolls-Royce design traits.

It has a “pantheon” grille, Spirit of Ecstasy hood ornament, suicide rear doors, two-tone paintjob… just how we’d expect a Rolls-Royce truck to look, if ever the ultra-lux automaker were to make one. And looking at it, we can’t help but wonder if it should.

Maybe then you’d see owners taking their Rollses hunting (or hawking) like they used to, instead of having to “slum it” in a Range Rover or Bentley Bentayga. 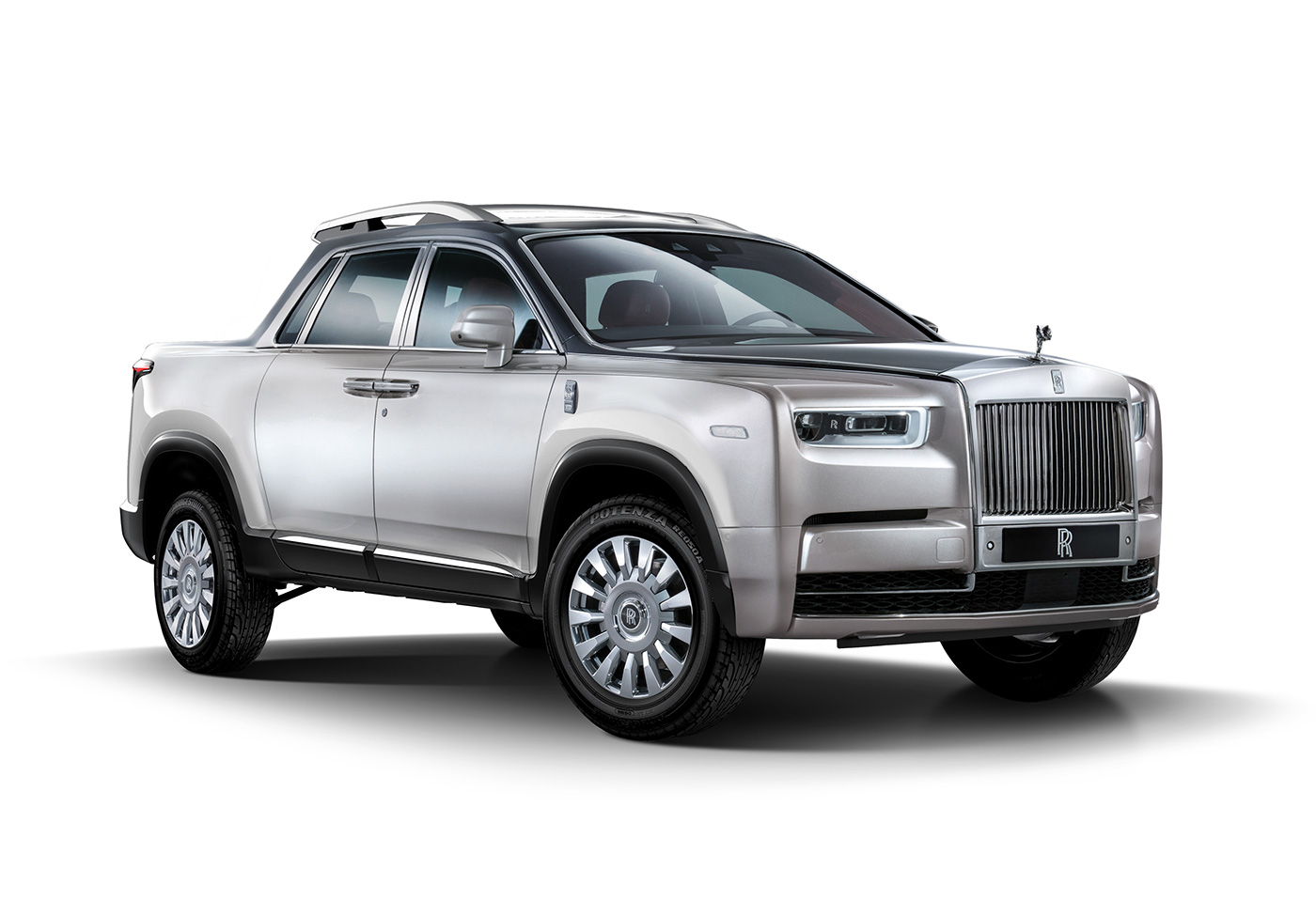