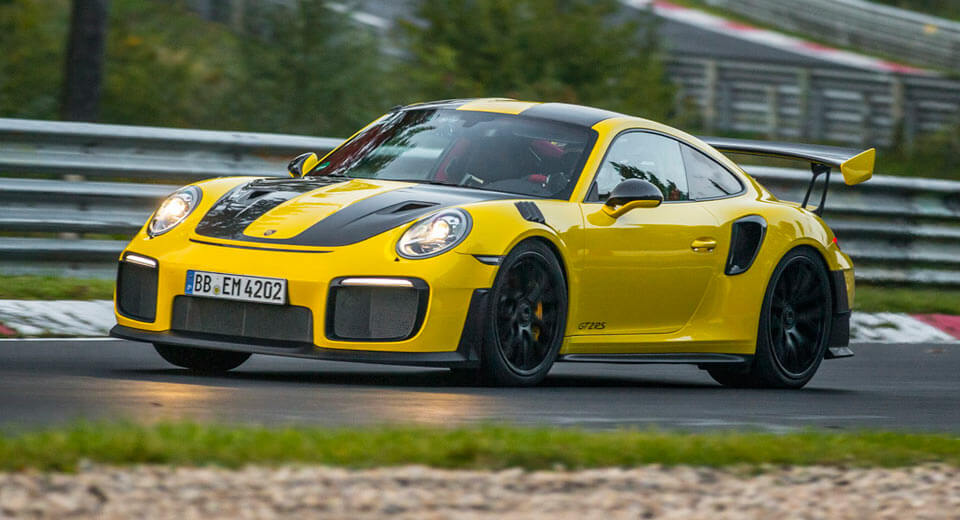 Porsche development driver Walter Rohrl has suggested that the new Porsche 911 GT2 RS is almost too fast for the Nurburgring.

During a recent interview with Drive, the rally legend said he requested not to be involved in the car’s lap record attempt, partially due to concerns about the risk of a high-speed crash.

“You have no room for mistakes, that’s the bad thing. On the speeds like in this car (GT2), you go Schwedenkreuz at 295km/h and Fuchsrohre at 270km/h, and I know all the accidents which have been on these places in the last 20 years.

“If you come to Fuchsrohre at 270, I always think one of the test drivers from Bridgestone, he broke the [wheel] rim…,” Rohrl said.

Rohrl cited the low downforce of most production cars as a reason why Nurburgring laps are becoming increasingly dangerous. The new GT2 RS has a respectable 416 kg of maximum downforce but compared to a racing car, that’s not much.

Despite the challenges presented by the circuit, Porsche’s head of motorsport and GT road cars development, Dr Frank-Steffen Walliser, said the German carmaker will continue pushing the limits of lap times at the circuit.

“Mankind developed all the time going faster. Why not keep the engineering challenge on? There’s no reason to stop the competition,” he said.