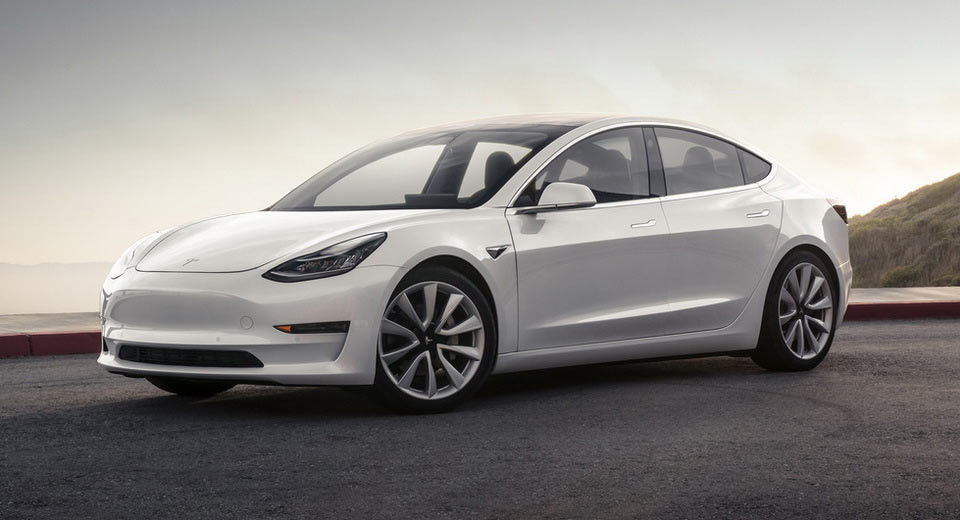 The Tesla Model 3 was one of the most anticipated electric vehicles since… well, since we can remember. With a confirmed EPA range of 310 miles (499 km) and a starting price tag of $35,000 before incentives, it could really be a viable option to gasoline- and diesel-powered cars.

However, so far we didn’t have any info about the way it drives. A professional BMW driver manage to get behind the wheel of a Model 3 and had good things to say about the sedan.

The lengthy review, if you can call it that, was posted on BMW Car Club of America, and while it doesn’t feature a lot of details, it does provide some juicy tidbits. The placement of the headlight switch, for instance, isn’t on a stalk or a knob like a regular car, but is accessed through a menu on the massive center screen. That sounds like it would incredibly annoying.

The switch for the hazard lights was in an even more precarious position. For the majority of cars, it’s a button located somewhere on the dash, usually in an easily-accessibly area. That’s not the case for the Model 3, though, which has a hazard switch that’s located in an overhead panel next to the rearview mirror. Again, not the best of ideas.

These are minor quibbles that don’t provide any information on the car itself. But the author managed to drive the Model 3 in a spirited manner that revealed its sportier side.

“Despite my lack of seat time in the car, it did what I asked with ease; it was communicative, composed, and surprisingly neutral, despite my not being able to figure out how to defeat the stability control. The steering, brakes, and balance were all on par with my expectations of a sport sedan – think E46 M3…”

Comparing a vehicle, any vehicle, to a BMW E46 M3 is high praise. For those that forgot about one of BMW’s purest M3’s, this video should freshen up their memories.

Despite being a diehard BMW fan, BMWCCA’s reviewer managed to like the Model 3.

“This car is a game-changer; it will be relatively attainable compared to its predecessors, and it was even able to satisfy the driving bias of an old-school BMW-lover like me. I really didn’t want to like it, but I found little to complain about.”

If an old-school BMW fanatic liked the Model 3, we have a feeling that the rest of the Press will do the same, too. Heck, if it’s quirky enough for Doug DeMuro and sporty enough for a BMW fan, then it’s going to be very interesting indeed.