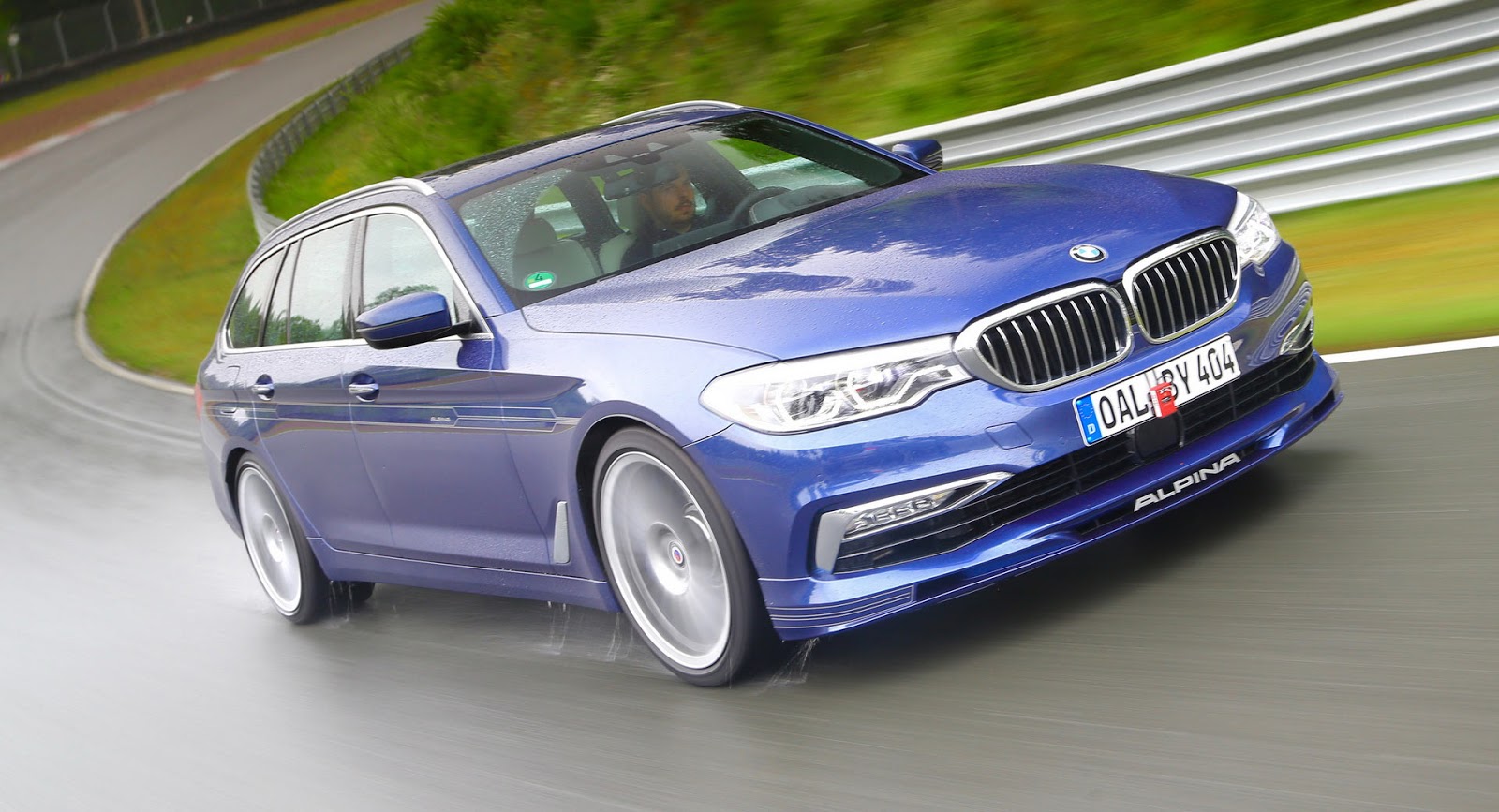 It’s not the BMW M5 Touring you want but the new Alpina B5 Bi-Turbo Touring is the next best thing.

The wagon version of the new G30 Alpina B5 Bi-Turbo packs the same 608hp twin-turbo 4.4-liter V8 paired to an eight-speed automatic transmission. To keep things in check, power goes to all four wheels, with Alpina claiming that up to 90 percent of the torque can be sent to the rear axle.

All this hardware makes the new Alpina B5 Touring a very impressive machine indeed, with 0-62mph coming in 3.5 seconds, with the saloon version scoring 3.4 seconds for the same procedure. Top speed is set at 200mph, which according to Alpina makes the B5 Bi-Turbo Touring the world’s fastest production estate. If you want your Alpina to go even faster, the saloon version tops out at 205mph.

The adoption of the rear-wheel steering is also a first for the B5 Bi-Turbo, with the system capable of turning the rear wheels up to 2.5 degrees the opposite way at low speeds and the same way at higher ones. Other revisions include active roll bars, bespoke front wishbones, shorter and stiffer springs and bespoke adaptive dampers, along with the traditional lightweight 20-inch forged alloys wrapped with specially developed Pirelli P-Zeros.

The hand-crafted interior can be specified with an almost endless range of options, including soft Nappa leather, ceramic-finish surfaces, along with the signature Alpina touches like the blue-green stitching and the so-called Luxury Wood Walnut Nature interior finish.

The new Alpina B5 Bi-Turbo is priced in the UK from £89,000 in saloon form and from £91,000 in the pictured Touring version. If you like fast wagons, an Alpina remains one of the most exquisite choices out there.