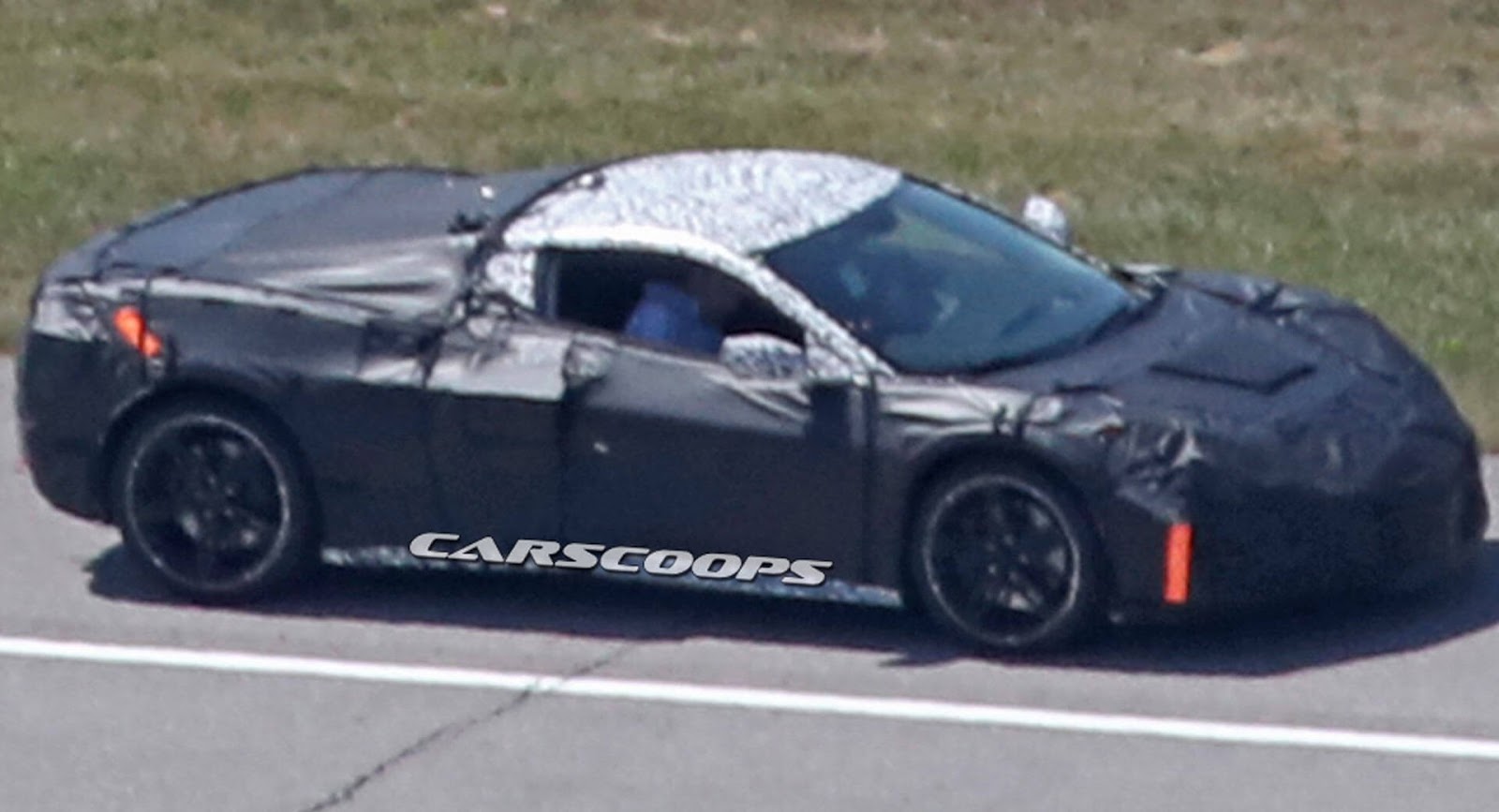 The mid-engine Corvette rumor mill kicked into high gear following the release of several CAD drawings in December but fans hoping to see the model at the North American International Auto Show next week are reportedly out of luck.

Hagerty is reporting the C8 will likely debut in Detroit but it isn’t expected to be unveiled until next year. This isn’t a complete surprise as Chevrolet recently unveiled the Corvette ZR1 but it’s disappointing nonetheless.

One thing that’s certainly not disappointing is the C8’s engine lineup as Hagerty is reporting the model will likely be offered with an upgraded version of the company’s 6.2-liter LT1 V8 engine. The engine will reportedly produce up to 600 hp (447 kW) thanks to a higher compression ratio and a less restrictive exhaust. Other engines are expected to be added to the lineup after launch and the report says the company has expressed interest in a flat-plane crank V8 like the one used in the Ford Mustang Shelby GT350.

The most interesting rumor revolves around a range-topping variant which would make the ZR1 look weak by comparison. The model will reportedly have a twin-turbo V8 engine that powers the rear wheels and an electric motor that powers the front wheels. This setup would give the model all-wheel drive and a reported output of 1,000+ hp (745 kW).

While manual transmissions have been a hallmark of the Corvette, the C8 will reportedly eschew them for a seven-speed dual-clutch automatic with paddle shifters. That will probably annoy a number of fans but DCTs offer a number of benefits including improved acceleration.

The manual transmission might not make the jump to the next-generation, but GM’s focus on lightweight construction surely will. The report says the car will use a hydroformed aluminum space frame chassis as well as lightweight components such as carbon fiber and magnesium. We can also expect carbon-ceramic brakes and lightweight fiberglass springs.

There have been constant rumors about how much the mid-engine Corvette will cost but the latest report says pricing will start at around $70,000.