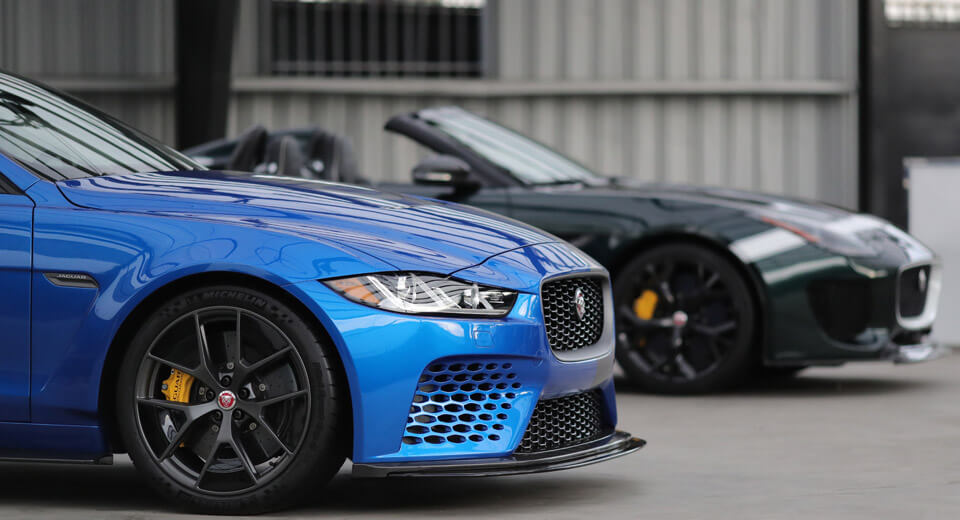 Speaking with Jaguar’s design boss and SVO’s chief, Motor Trend reports on the prospect of the Leaping Cat marque getting either or both of the SVX and SVAutobiography trims in the near future.

“I don’t see any reason why not,” lead designer Ian Callum told MT on the possibility, accompanied by what the publication described as a “sly grin” suggesting that such models may already be in development.

SVO boss John Edwards similarly described the process within his division of fielding “constant” proposals from his team of 400 engineers and designers.

To date, Jaguar has adopted the performance-focused SVR treatment on the F-Type and SV Project approach on that same model as well as the XE sports sedan.

The SVX and SVAutobiography trims have, meanwhile, thus far only been applied to Land Rover models like the Discovery and Range Rover, respectively. But they could extend to Jaguars like the F-Pace crossover and XJ sedan.

An F-Pace SVX would ostensibly serve as a more hard-core off-road version of Jaguar’s first crossover, jacked up to tackle more serious terrain. And an XJ SVAutobiography would take the flagship sedan (whether in its current or future iteration) to even more luxurious heights to rival the likes of the Mercedes-Maybach S-Class –much as a proper XJ SVR would pit the existing XJR 575 against the Mercedes-AMG S63.

Whichever models do get the ne-plus-ultra treatments, what’s clear at this point is that the SVO division is full of ideas, and will put the best of them into production.