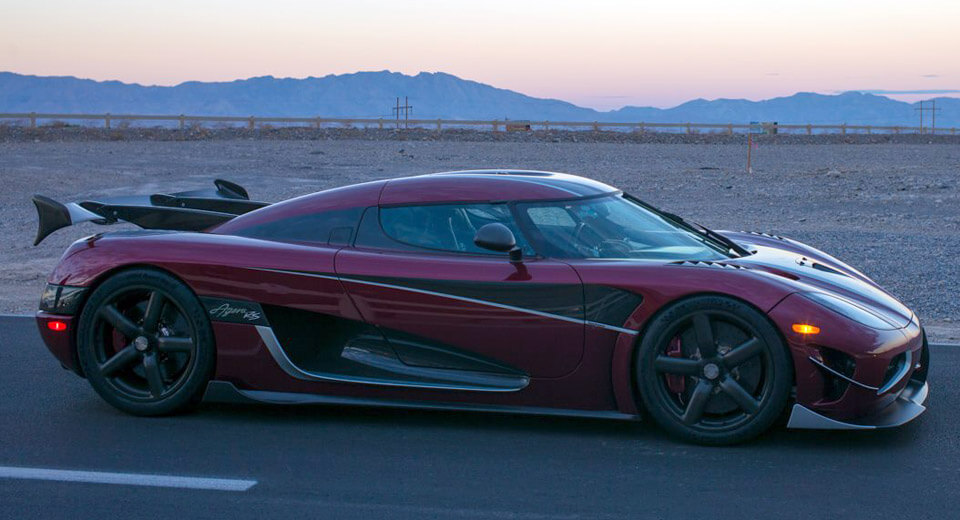 There’s a high-speed grudge match going down between several manufacturers to see who can make the fastest street-legal production automobile. And the latest blow has been struck by Koenigsegg.

Though details are still to be confirmed, the Swedish supercar manufacturer revealed late yesterday that it managed to clock 277.9 miles per hour in an Agera RS.

The feat was accomplished in the desert around Pahrump, Nevada, driven by factory test driver Niklas Lilja. The speed was taken as an average, as per generally acknowledged standards, of runs in both directions in order to account for wind speed, and was recorded not on the car’s own instruments, but by a separate Racelogic module.

If confirmed as official, the achievement will shatter the previous record that has stood since 2010 when the Bugatti Veyron Super Sport clocked 267.8 mph, verified by the Guinness Book of World Records. The new Chiron is said to be capable of 288 mph, but has to date “only” reached 261 mph.

That was when Juan Pablo Montoya set the record for a 0-400-0 km/h run in the Chiron, rocketing from a standstill to 248.5 mph and back to a stop in under 42 seconds and a distance of less than 8,600 feet. Koenigsegg soon responded by doing the same with its Agera RS in 36.4 seconds and 8,009 feet, stealing the crown from its rivals in Alsace.

Hennessey has its own skin in the game as well. Its Venom GT reached 270.4 mph on the runway at the Kennedy Space Center in 2014, but that was only in one direction. The Texas tuner-turned-supercar-manufacturer claims its new Venom F5 can top 300 mph, but has yet to verify the claim. 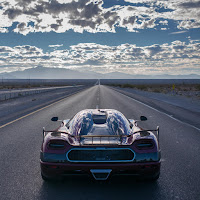