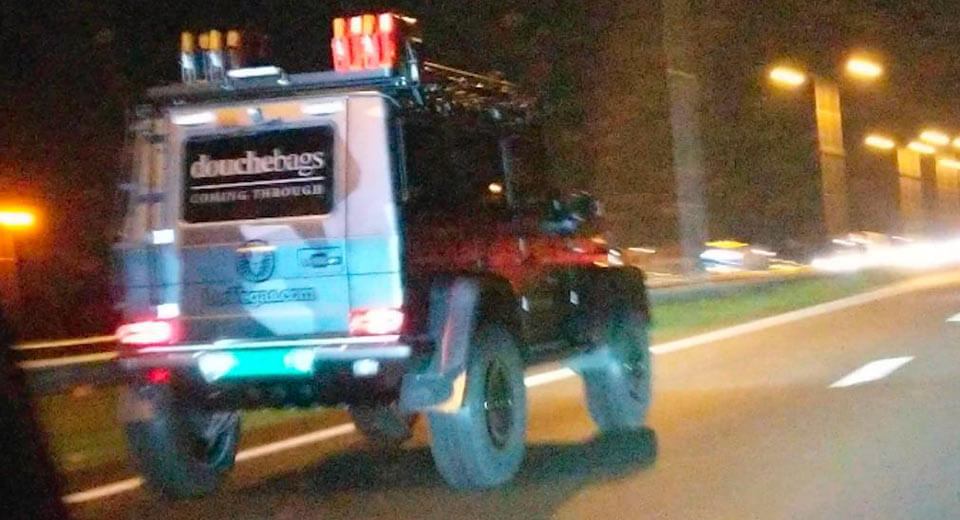 Not long after parting ways with his custom, 810 hp Rolls-Royce Wraith, professional skier Jon Olsson has picked up a new ride, this time a Mercedes-Benz G500 4×4².

In typical fashion, the YouTuber vlogger hasn’t kept the off-roader stock and a reader of AutoJunk recently snapped his car on a highway in the Netherlands.

Modifications have reportedly been carried out by Absolute Motors and despite the images being rather blurry, a number of custom parts are visible. For starters, a large roof rack has been fitted alongside a small ladder on the rear. Additionally, there also appears to be some sort of contraption on the hood but it’s difficult to ascertain what it is.

As with almost any car owned by Olsson, the exterior has also adopted a distinctive livery and a number of stickers from his sponsors.

The G500 4×4² has been a runaway success for Mercedes-Benz, selling in far greater numbers than ever expected, proving that the G-Class remains as popular as ever.