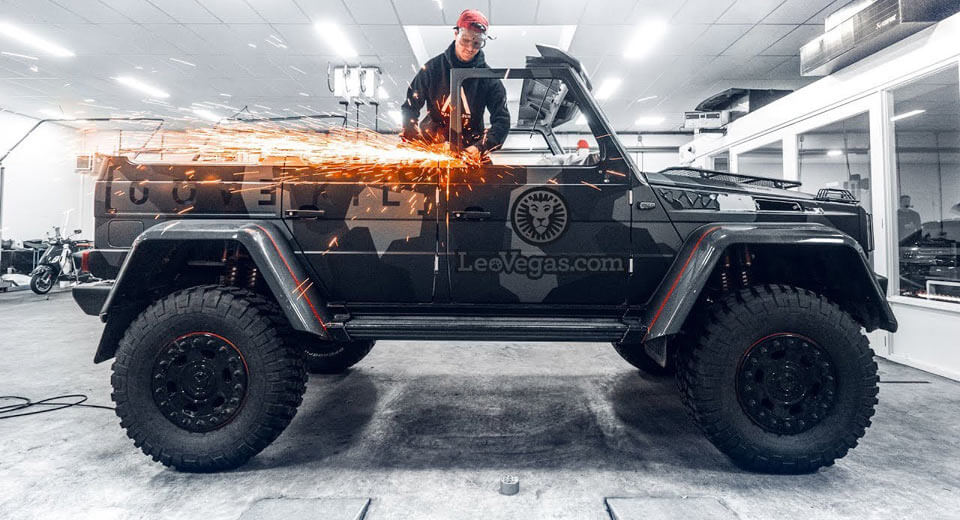 The Mercedes-Benz G500 4×4² makes no practical sense but that hasn’t stopped it becoming the latest must-have for wealthy car enthusiasts.

In fact, the expensive off-roader has become a status symbol for the rich and numerous owners have heavily modified their 4×4’s, none more so than Jon Olsson.

A couple of months ago, the former professional skier and YouTuber unveiled his bespoke G500 4×4², overhauled by Absolute Motors in the Netherlands. Aware of the impracticalities of owning a vehicle so massive in Monaco, Olsson has decided to turn his SUV into a convertible, all in an effort to ensure it can fit in the small parking garages of the tiny principality.

Work on the world’s first 4×4² Convertible only commenced a couple of days ago but Olsson’s latest vlog shows the G500’s roof being cut off, alongside the B-, C-, and D-pillars. Before long, the A-pillars of the Mercedes will also be cut and a new slimline windshield installed to ensure the vehicle can be parked in Monaco.

No details have been announced as to what other modifications Olsson has planned for the 4×4², but we should see the transformed off-roader in full in the not too distant future.