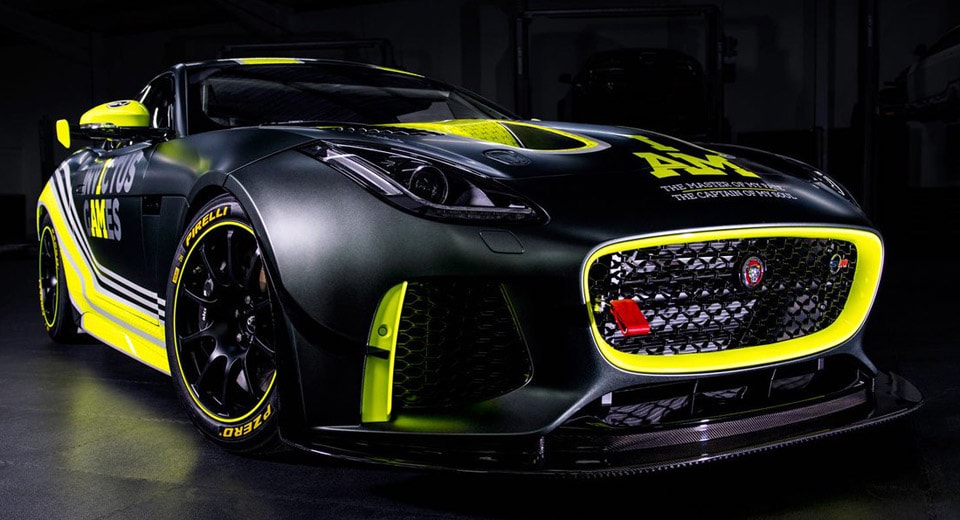 Proud as its racing record stands, it’s been a while since we’ve seen production-based Jaguars competing on track. That’s all about to change, though, with the car you see here and a unique partnership.

The brakes, wheels, tires, suspension, transmission, and engine have all been refitted specifically for competition use. The all-wheel drive system was ditched in favor of rear-drive only, and the 5.0-liter supercharged V8 will likely have been detuned to comply with the rulebook.

Perhaps even more intriguing, however, is the team that will field the first of these competition-spec Jags in the British GT Championship this season.

The F-Type GT4 was commissioned by Invictus Games Racing, an offshoot of the wounded-warrior athletic competition, and as such will put a roster of injured military servicemen behind the wheel. The initial lineup includes JLR engineer and former paratrooper Basil Rawlinson, former RAF sergeant Ben Norfolk, and former marine-commando Paul Vice, a partial amputee who won seven medals (including two golds) in the 2016 Invictus Games.

They’ll be paired with (and mentored by) experienced racers Jason Wolfe and Matthew George, in a team started by Superdry clothing designer James Holder (who drove in the same series in 2016). They’ll hit the track for the first race of the season on March 31 at Oulton Park, where they’ll be first and foremost racing against each other, but also hoping to challenge for race wins.