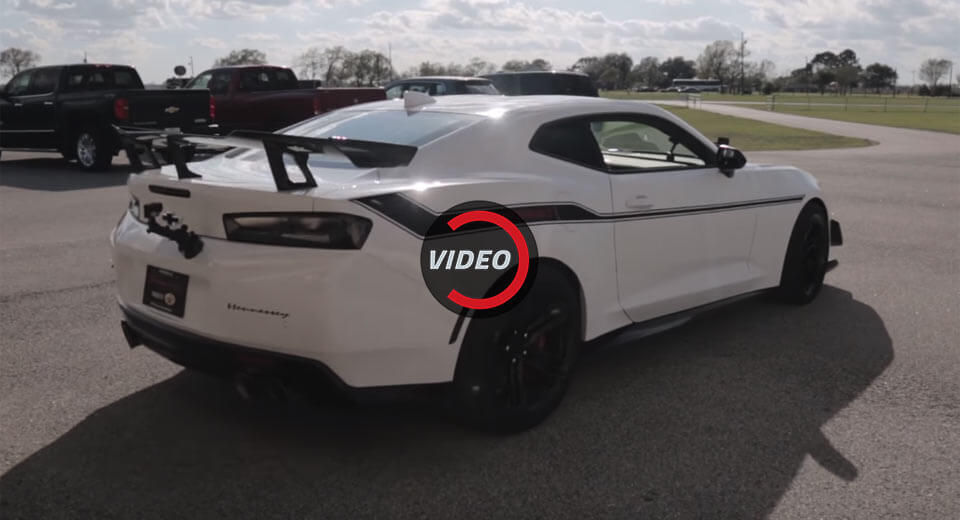 Not one to shy away from a challenge, John Hennessey decided to create a Chevrolet Camaro ZL1-based rival to the Dodge Challenger Demon before the Demon was even released.

Well, Hennessey recently delivered one of the first The Exorcist models with the help of former GM engineer John Heinricy and the clip below perfectly depicts how insane this car is.

Whereas Dodge focused solely on making the Demon as fast as possible on a drag strip, Hennessey’s ZL1 is just as capable through corners as it is in a straight line. Pit The Exorcist against a Demon around a racetrack and it’s obvious that the tuner car would win easily.