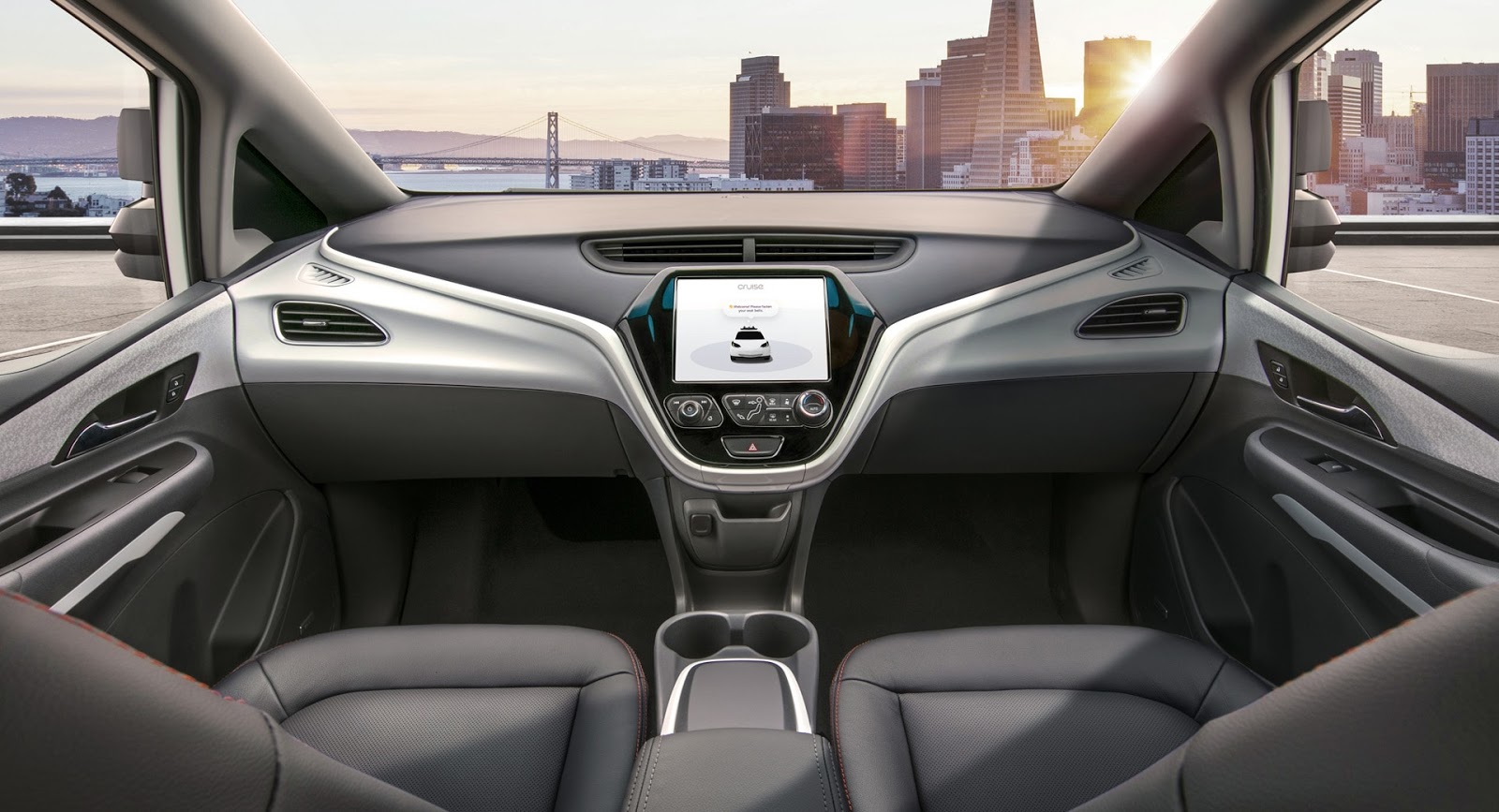 While both automakers as well as suppliers are working hard on developing completely autonomous vehicles, the prototypes they’re putting out on the road still have traditional controls.

Not this one, though. What we have here is the first image of GM’s new Cruise AV, a self-driving prototype with no steering wheel, pedals, shifter, or manual controls of any kind (and not to be confused with the Chevy Cruze).

GM isn’t saying much else about it, but it’s quite obvious that we’re looking at the inside of a modified Bolt EV, missing all of its usual controls and fitted instead with a symmetrical dashboard.

Also, out the windshield you can see the skyline of San Francisco, where GM’s Cruise division is based.

The automaker says the vehicle is “production-ready” and has formally asked the US Department of Transportation for permission to start testing it on public roadways beginning next year. 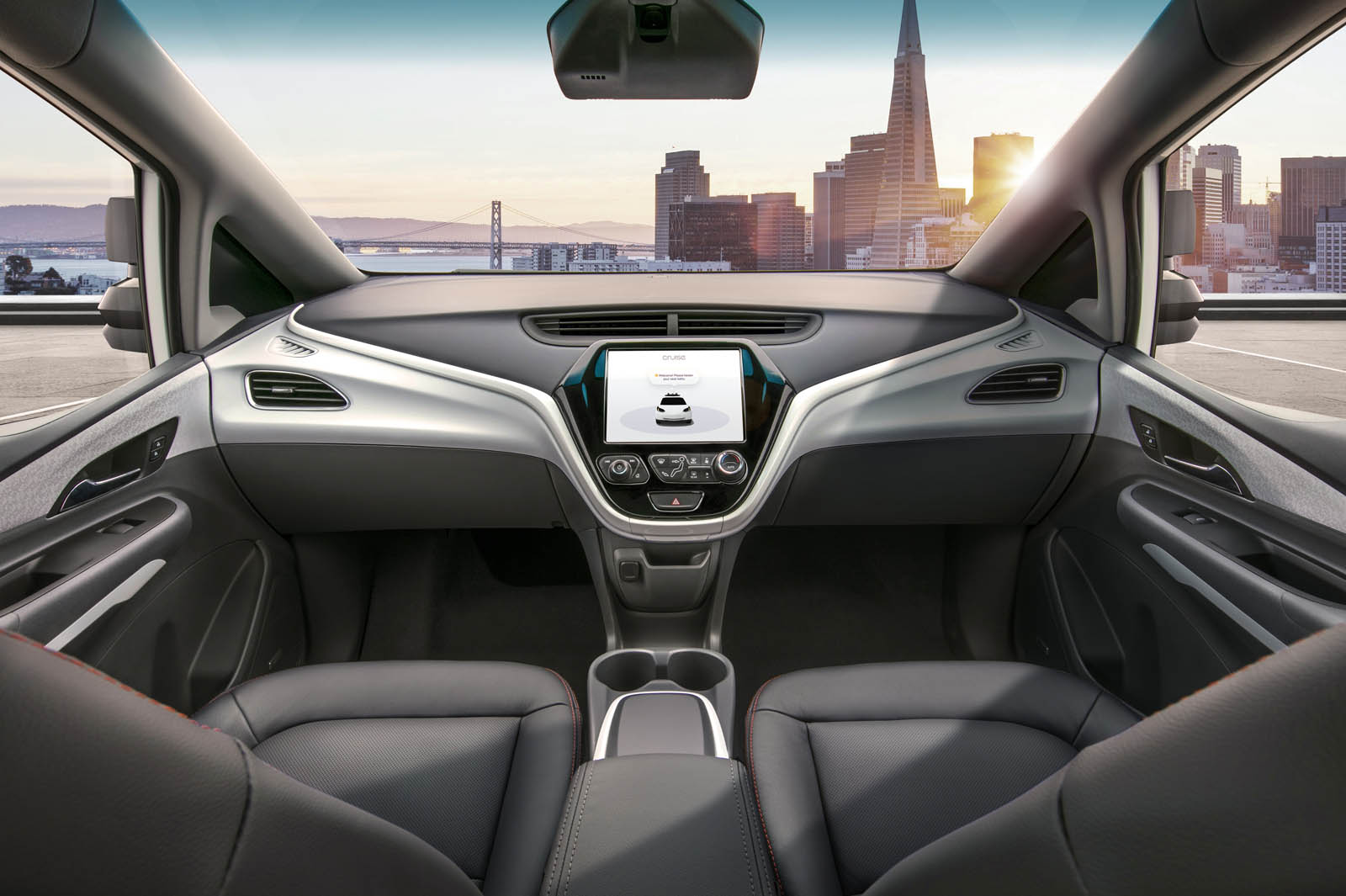