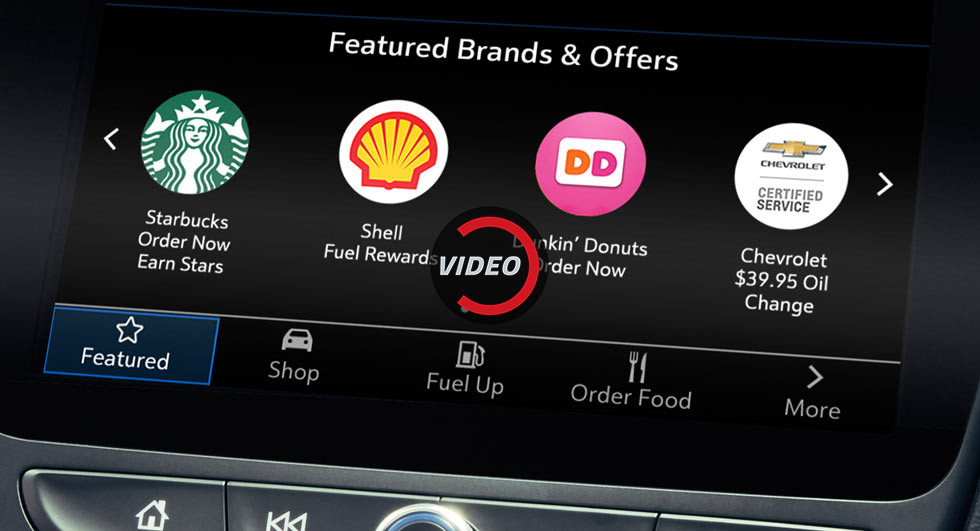 Getting your morning cup of Starbucks is about to get a lot easier if you drive a General Motors vehicle as the company has just announced it is rolling out its all-new Marketplace.

Billed as the “industry’s first commerce platform for on-demand reservations and purchases,” the Marketplace is essentially an app that resides on the infotainment system of Buick, Cadillac, Chevrolet, and GMC vehicles. The app will be rolled out to millions of existing 2017 and 2018 vehicles and doesn’t require a separate data plan.

A handful of companies have created their own Marketplace sections and these include restaurants such as Applebee’s, IHOP, TGI Fridays, and Wingstop. Other notable partners include Dunkin’ Donuts, Starbucks, Shell, and ExxonMobil.

The services vary by company but Starbucks fans can place their order through the app, while drivers looking to hit up TGI Fridays can make reservations at a restaurant and time of their choosing. While no one really needs to order coffee from their infotainment system, the Parkopedia option is interesting as it will allow drivers to “find, reserve, and pay for parking, all at the click of a button.”

The service will be available to approximately four million drivers in the United States within the next 12 to 18 months and GM’s Vice President for Global Connected Customer Experience, Santiago Chamorro, said “The average American spends 46 minutes per day on the road driving. Leveraging connectivity and our unique data capabilities, we have an opportunity to make every trip more productive and give our customers time back.”