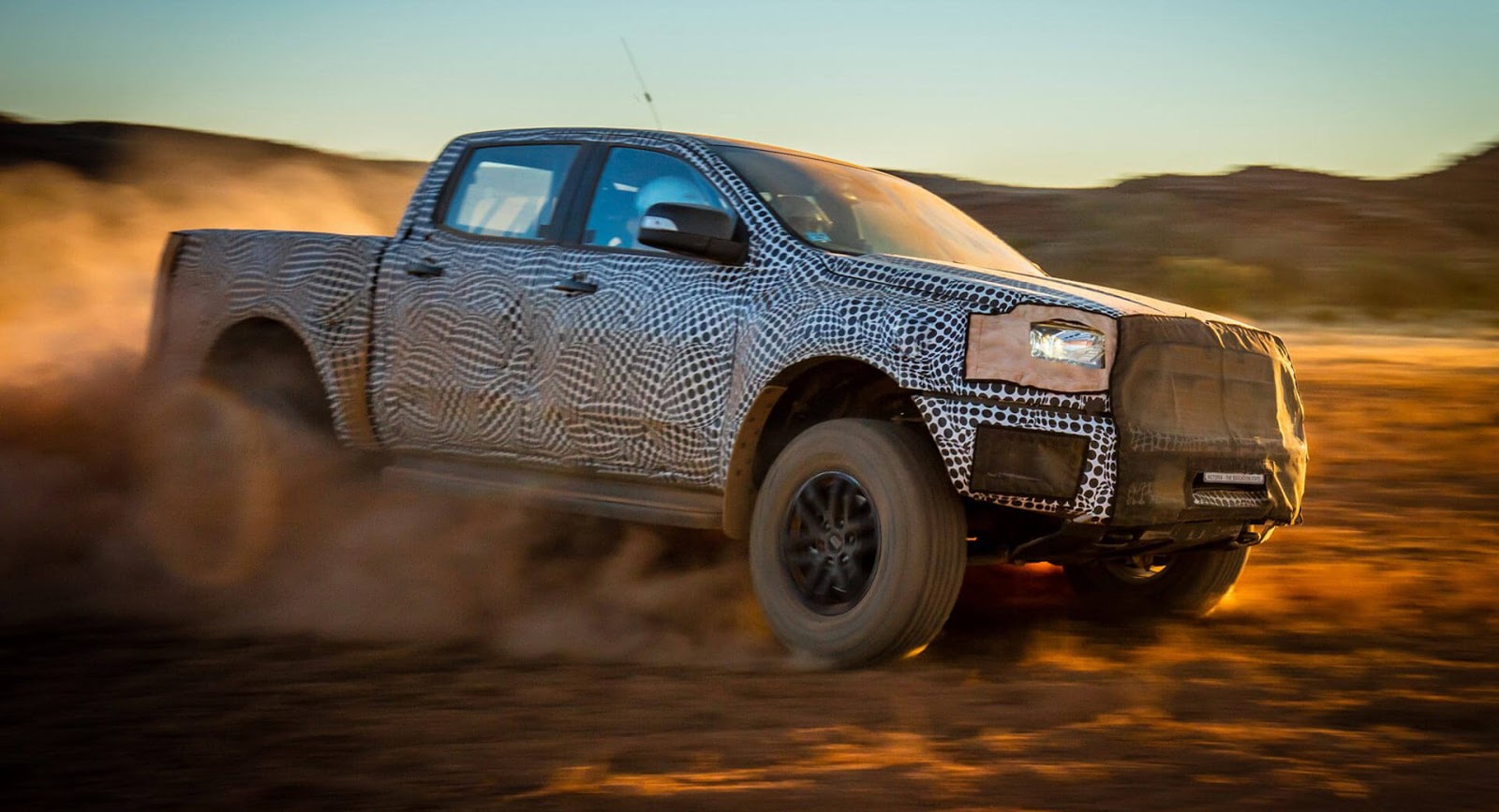 The upcoming Ford Ranger Raptor will reportedly premiere on February 7 in Bangkok, Thailand.

Australian publication Motoring reports that the Ranger Raptor will come equipped with a 2.0-liter turbocharged four-cylinder diesel engine, rather than the twin-turbo 3.5-liter V6 of the current F-150 Raptor.

Power outputs of this new diesel engine remain unconfirmed but it is expected to deliver slightly more grunt than the 197 hp 3.2-liter inline diesel five-cylinder found in standard Ranger variants. A figure closer to the 241 hp offered by the VW Amarok V6 and 254 hp of the Mercedes-Benz X 350d is possible.

Mated to the diesel mill is set to be the 10-speed automatic transmission Ford co-developed with General Motors.

Underpinning the Ranger Raptor will be the firm’s T6 ladder chassis, also set to be used by the next-generation 2020 Bronco, and aimed at providing the Raptor with admirable off-roading abilities.