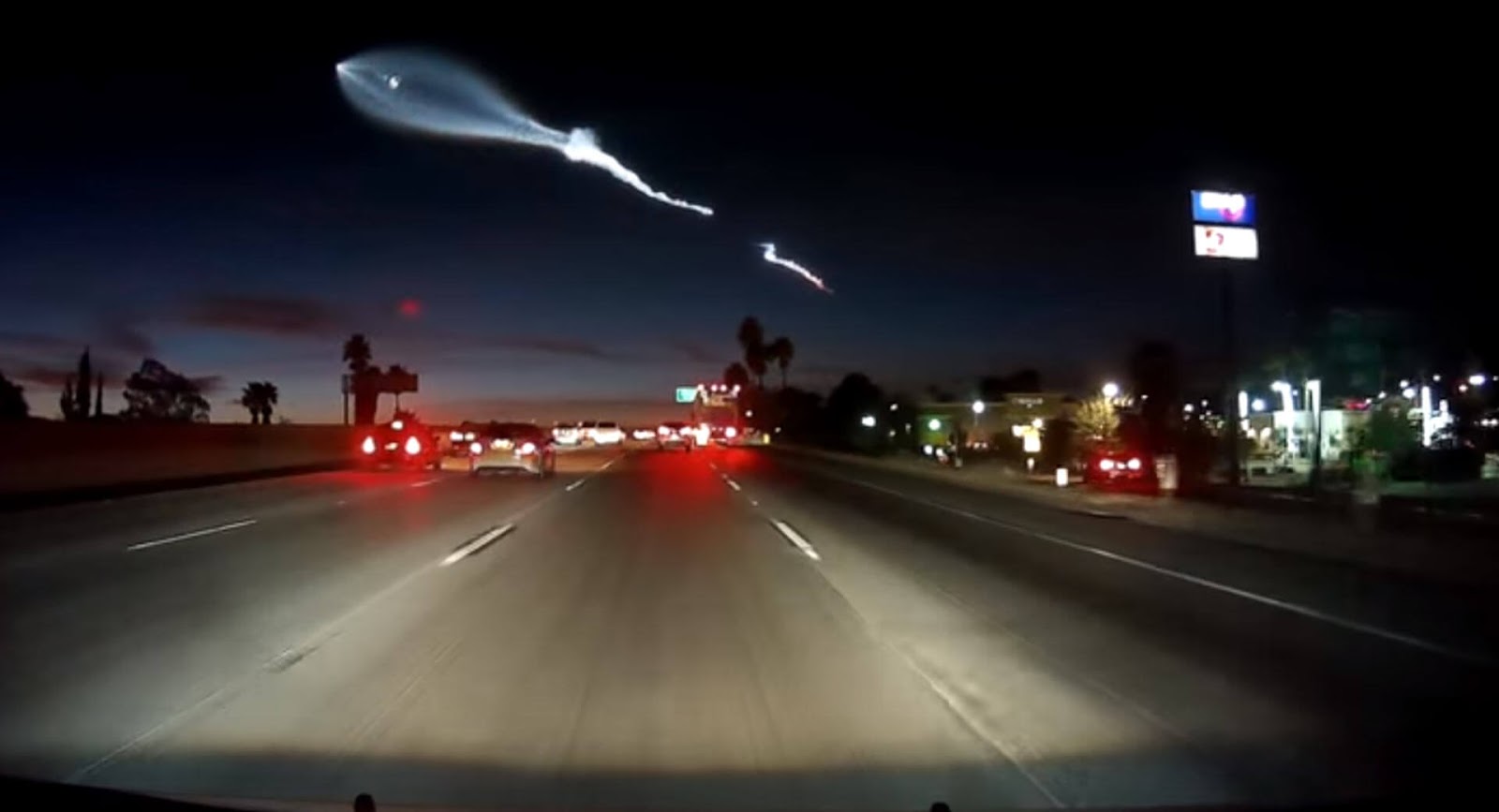 On December 22, Elon Musk sparked fears of an alien invasion when SpaceX’s Falcon 9 rocket launched over Los Angeles, leaving with it a truly mesmerizing glow.

SpaceX’s launch came just after sunset during the peak hour rush in the bustling city. Thousands of locals were therefore driving at the time of the launch. Left dazzled, you can probably guess what happened next.

This dashcam footage shows a very curious driver expressing his intrigue at the rocket launch and as the light show reached its climax, traffic on the highway can be seen slowing. Before long, numerous drivers start slamming on their brakes as they approach slow-moving traffic. Then, to the left of the dashcam, a minivan can be seen slamming into the rear of a Toyota Corolla, spearing it into a large SUV.

Despite being so close to a serious car crash, the driver’s attention soon returns to the rocket.

Were you in LA at the time of SpaceX’s rocket launch? If you were, tell us about your experience below!