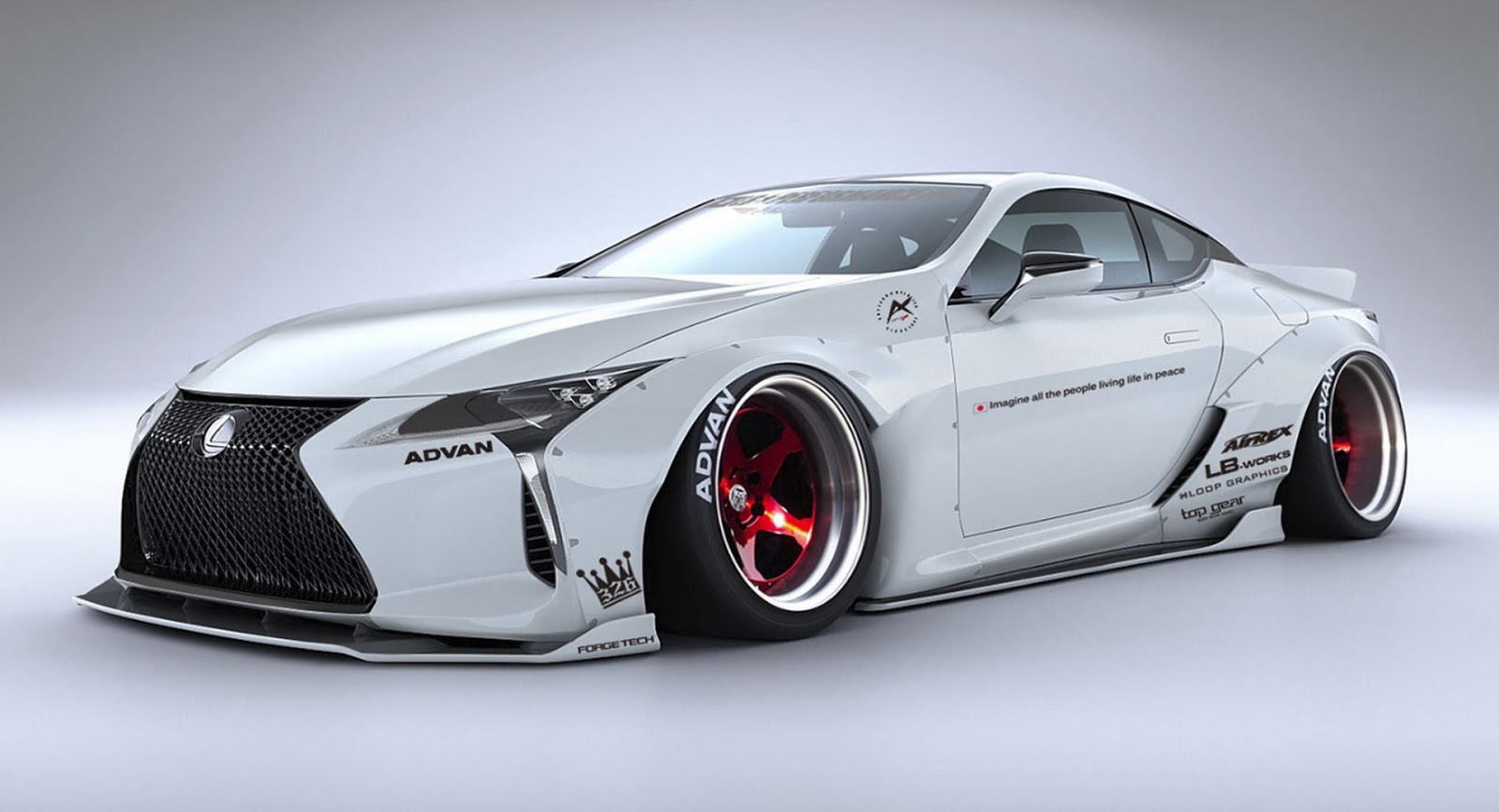 Everyone was astounded when Lexus revealed the production version of its LC coupe, as it was almost identical to the impressive LF-LC concept that was on display at the 2012 NAIAS .

Now, messing around with such a design is quite tricky, but Liberty Walk gave it a shot anyway. Available for both the LC 500 and LC 500h, the flashy body kit is made from either FRP or CFRP and costs between $13,380 and $19,440 outside Japan.

So what does this get you? Well, for starters, those massive bolt-on fenders that have become the tuner’s signature, alongside a front lip, side skirt add-ons, aggressively styled rear diffuser and a boot lid-mounted wing.

The special exterior graphics, together with the new tailpipes, contribute to the car’s updated stance. Moreover, Liberty Walk can also fit your Lexus LC 500/LC 500h with various aftermarket rims, including the ones seen here, and an air suspension that adds $7,900 to the overall cost.

There’s no doubt that these updates have definitely transformed the way the LC looks, but is it for the better or worse? Let us know what you think in the comments section.