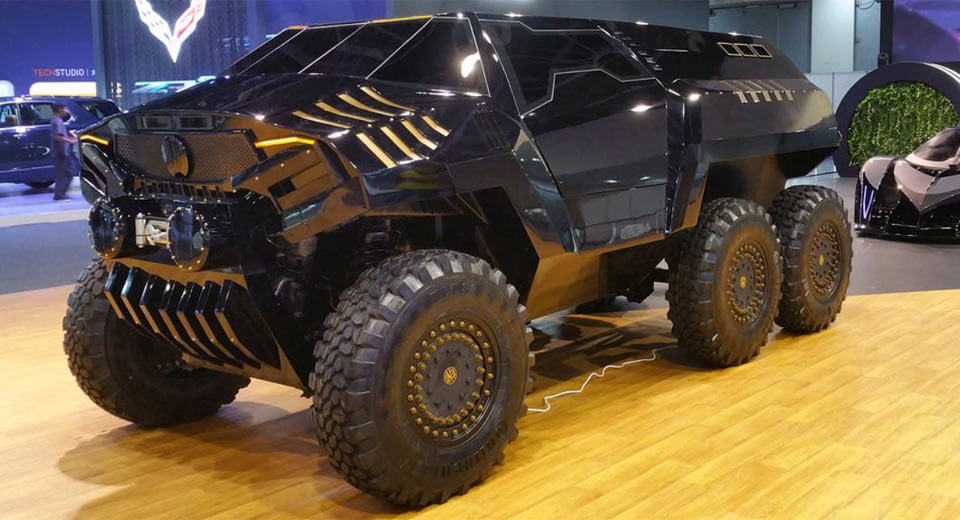 Despite developing the other-worldly Sixteen hypercar for the past four years, Devel has somehow found the time to create this; the Devel Sixty.

Essentially an army vehicle for the street, the Sixty makes every other six-wheeler seem like child’s play. In fact, one could be mistaken for thinking it is NASA’s latest creation designed for exploring the Moon.

Unsurprisingly, the vehicle has yet to progress past the prototype stage but if the production car looks similar, it will be without a doubt the most ridiculous road car ever created, making the Mercedes-Benz G63 AMG 6×6 look like child’s play.

Devel claims that the Sixty is powered by a 6.7-liter turbodiesel V8 delivering 720 hp and 1,000 Nm of torque. While those figures are relatively benign compared to the 5,000 hp promised by the Devel Sixteen hypercar, they’re probably more than enough for a vehicle of this kind.

As we alluded to, the exterior design of the Sixty is absolutely absurd. For starters, there are six huge wheels, tires, and a body about as far removed from a conventional car as possible. In fact, the creation has a tiny windscreen and just two small side windows. The rest of the exterior then appears to be nothing more than gloss black plastic.

It remains unclear if and when Devel intends on making the Sixty a production reality. 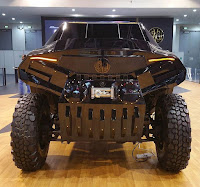