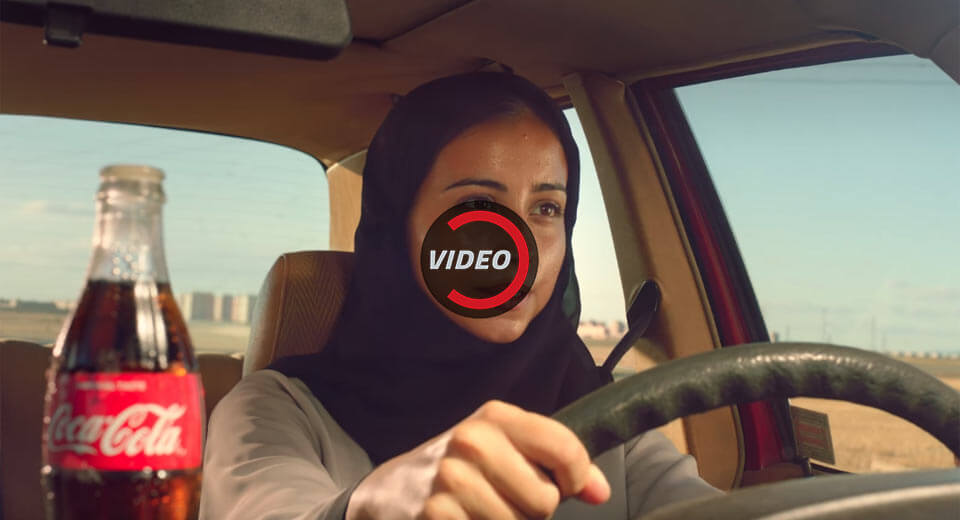 Coca-Cola is the latest company to jump on the bandwagon of brands looking to cash in on Saudi Arabia’s decision to permit women to drive from mid-2018.

Numerous car manufacturers have thrown their support behind the move and Coca-Cola has just released an advertisement about the issue. Unsurprisingly, it’s already dividing opinions online.

The ad centers around a Saudi woman being taught how to drive a red Mercedes-Benz. In an attempt to encourage her to drive smoothly, her dad places a bottle of open Coca-Cola on the dashboard. By the end of the commercial, the two are drinking Coke and cruising through the countryside without a care in the world.

Dubbed ‘Change Has A Taste’, some have criticized Coca-Cola for attempting to profit off the country’s historic legislation change. Some have even compared it to Pepsi’s controversial ad starring Kendall Jenner that depicted a police protest being ended by Jenner giving an officer a can of Pepsi.

Interestingly, Coca-Cola has a considerable interest in Saudi Arabia and actually intends on opening a $100 million bottling plant there in 2019.