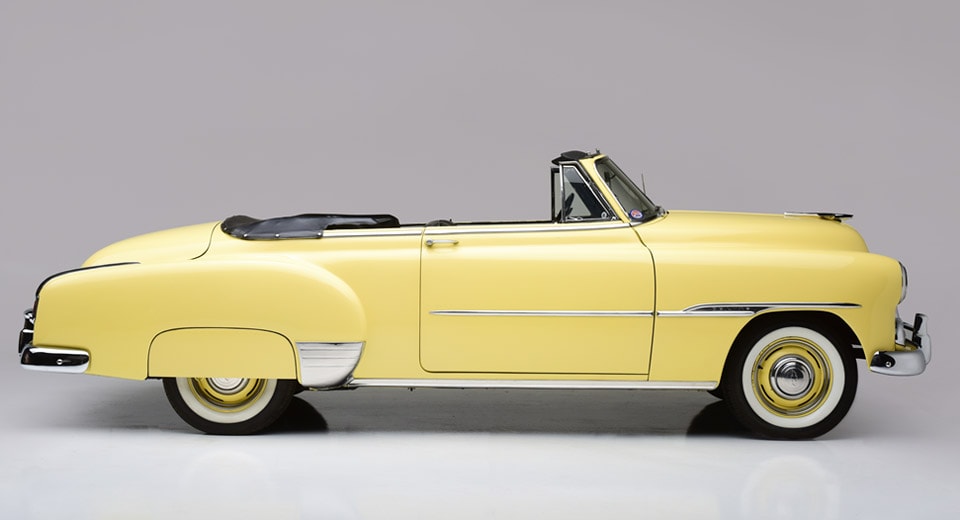 Celebrity provenance can add a lot of allure – and value – to a classic car. Especially if that celebrity was no other than Steve McQueen…

As much a car guy as he was an actor, McQueen amassed an enviable collection of cars and motorcycles. This classic Chevy convertible was just one, and right now it needs a new home.

The 1951 Chevrolet Styleline Deluxe Convertible didn’t just belong to the legendary King of Cool – it appeared alongside him (or all around him) in The Hunter, which turned out to be the last movie he ever made.

He bought it off the set when filming was done, while its current owner in turn bought it from the late actor’s estate auction in Las Vegas back in 1984, just a few years after his passing. The car was featured in Matt Stone’s 2007 book “McQueen’s Machines: The Cars and Bikes of a Hollywood Icon,” on a two-part episode of Pawn Stars, and comes with a document signed by McQueen’s children Chad and Terry attesting to its authenticity.

It might not be a racing Porsche or classic Ferrari – heck, its six-cylinder engine only puts out 92 horsepower through a 3-speed manual transmission – but it was McQueen’s all the same, both on and off the set. And it could be yours if you place the winning bid at Barrett-Jackson in Scottsdale later this month.