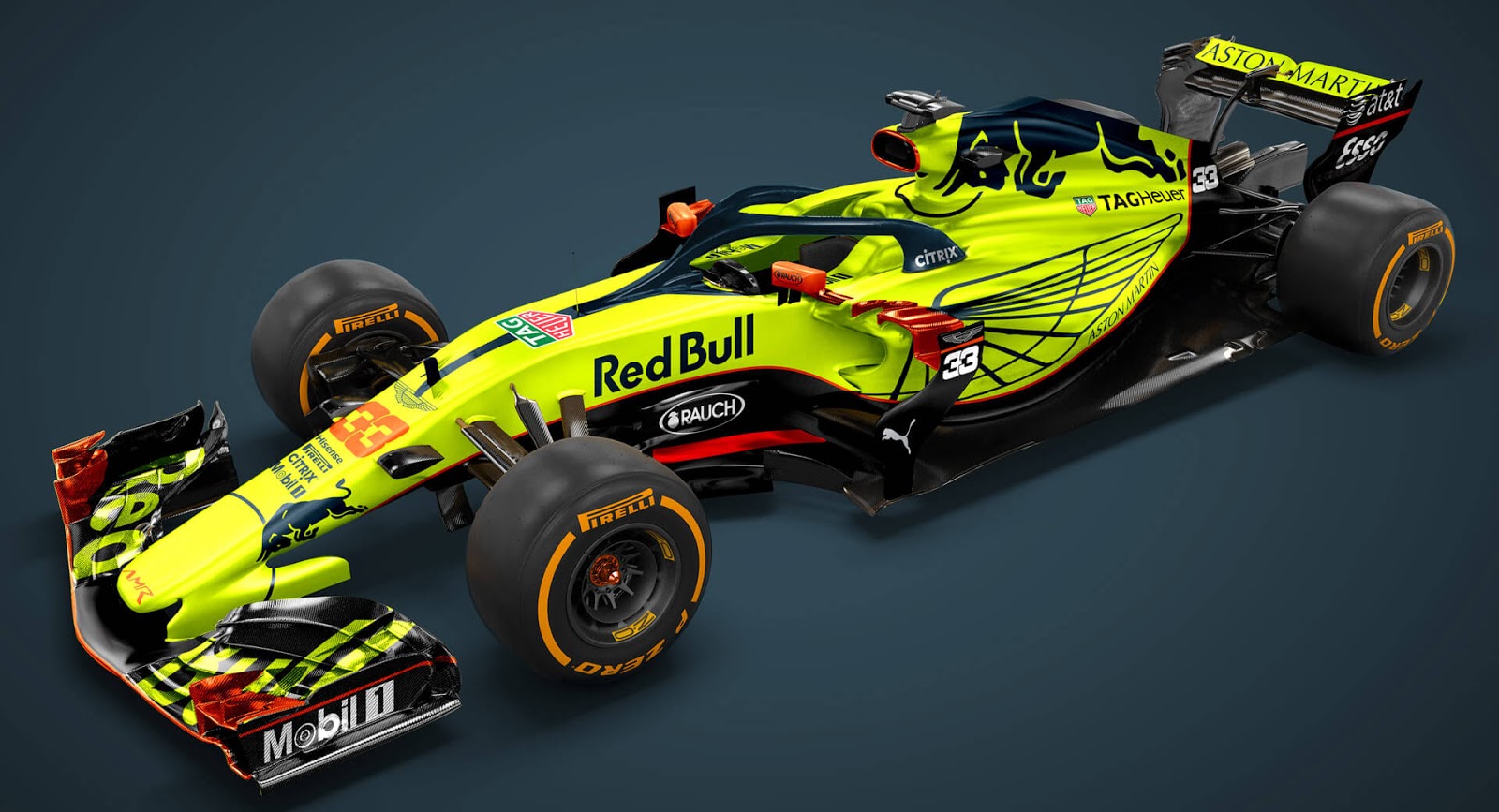 Aston Martin certainly caught our attention, for better or worse, when it rolled out its new Vantage in such a loud shade of neon green (alongside a more somber grey).

The retina-searing day-glow color seemed an odd choice for such an elegant design. Maybe it would look better on a race car – like the GTE version of the same, or Red Bull’s next F1 car.

We evidently weren’t alone in that supposition, as livery designer Sean Bull cooked up this vision for what next year’s RB14 could look like with an Aston-centric theme (and a well-integrated cockpit halo).

Aston and Red Bull, you may have noticed, have been stepping up their cooperation of late – both in F1 and with road cars like the new Valkyrie. If they got any tighter, Aston’s presence could end up supplanting Red Bull’s as the main influence in the car’s livery… especially if the British automaker started supplying the team’s engines in the future.

Whether or not that’d be a good thing, aesthetically speaking, might be a matter of taste. But as with the new Vantage, it would certainly make fans stand up and take notice. Then again, maybe one of Sean’s (more conservative) rejected designs would be a better idea. 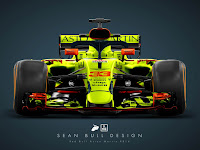