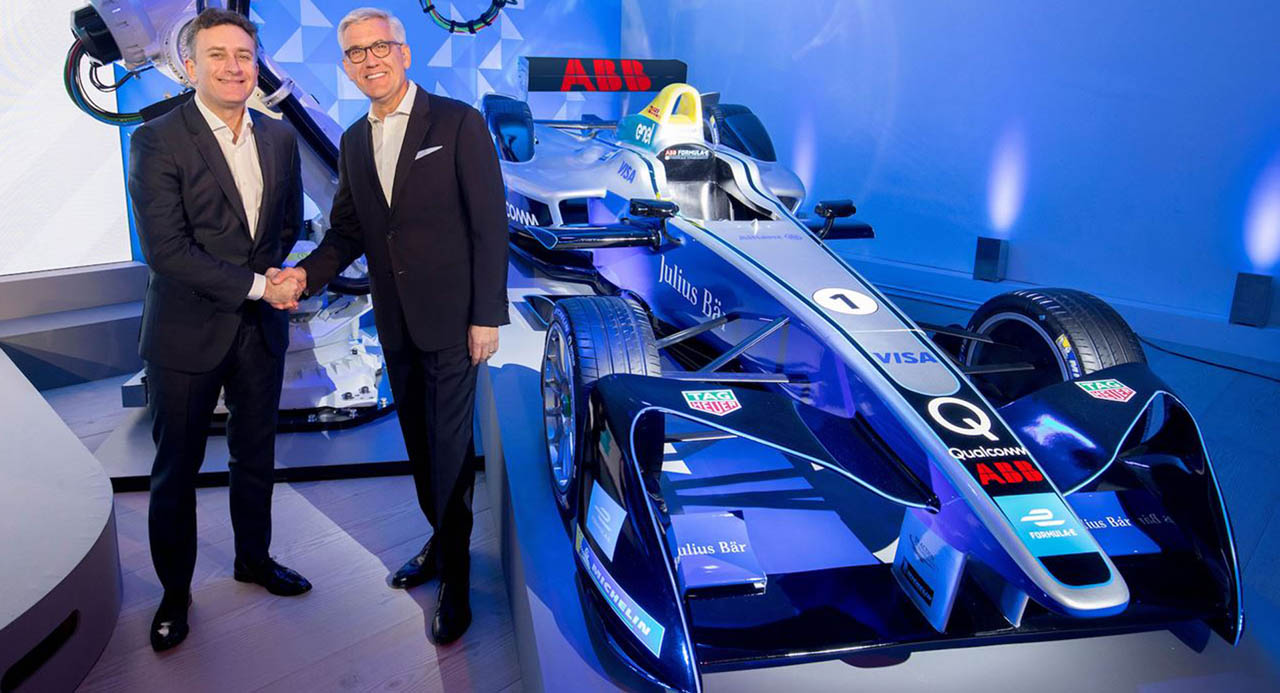 NASCAR has Monster Energy. The IMSA has WeatherTech. Indy has Verizon. Now Formula E has a title sponsor as well in ABB.

The Swedish-Swiss industrial giant – traded publicly on the Zurich, Stockholm, and New York stock exchanges – is apparently keen on promoting its leadership in electrification.

ABB runs the largest chain of electric-vehicle fast-chargers (with over 6,000 stations worldwide), operated Solar Impluse (the first solar-powered flight around the world), and claims “over 70,000 control systems connecting 70 million devices in over 100 countries.”

Under its patronage, the series will now run as the ABB FIA Formula E Championship.

“This is a historic day for Formula E and I’m honored to welcome ABB as the title and technology partner of the series, with its background and expertise in the field of electrification and digital technologies,” said series chief Alejandro Agag. “Our two companies are synonymous with pushing the boundaries of what is possible. Together, as partners, we will showcase breakthrough technology on a global scale to fans and consumers who follow the ABB FIA Formula E Championship.”