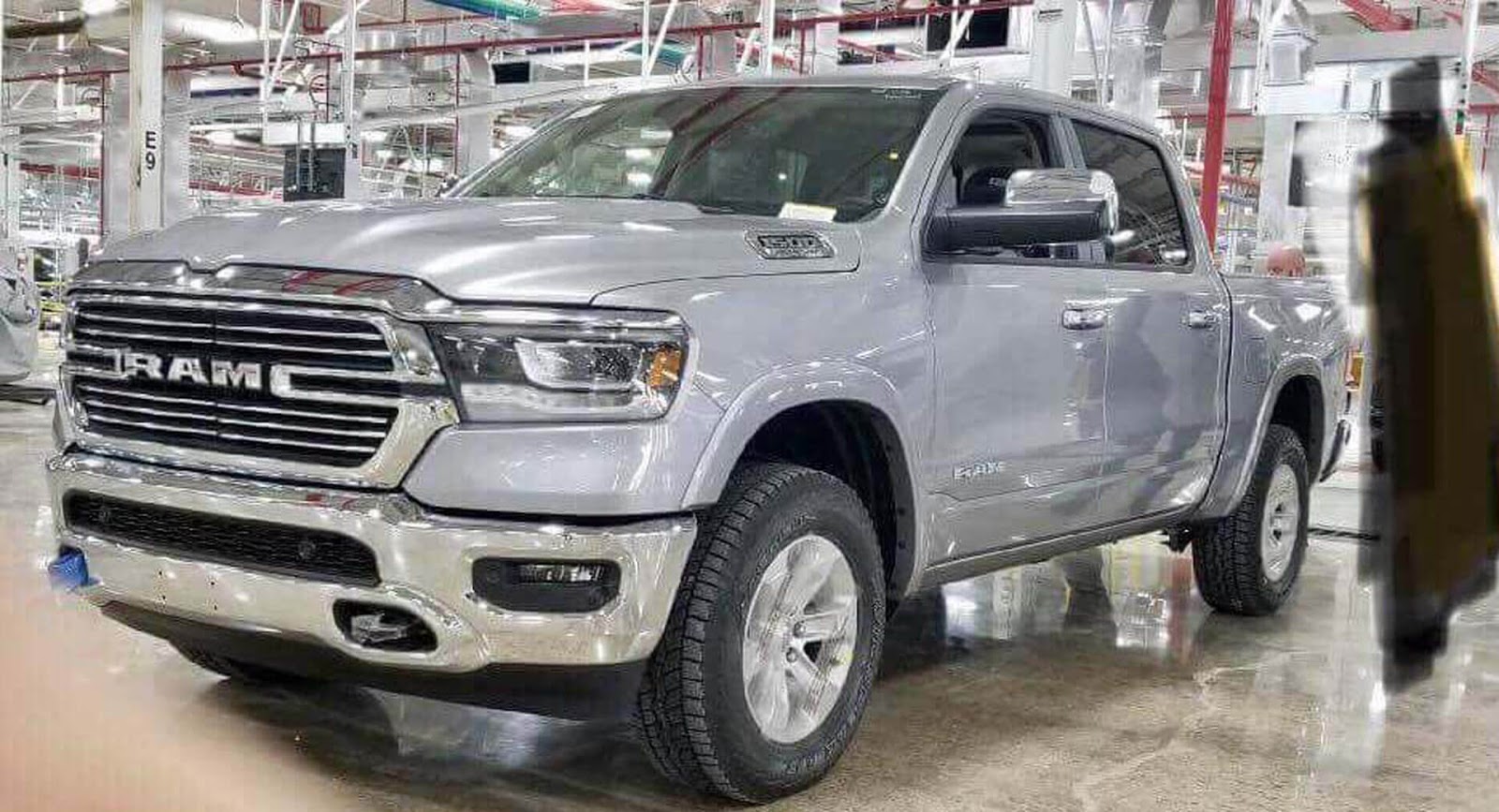 A picture of the 2019 Ram 1500 has surfaced on Imgur ahead of its debut at the North American International Auto Show on January 15th.

Set to battle the 2019 Chevrolet Silverado, the redesigned Ram features an all-new front fascia which eschews the truck’s crosshair grille. It has been replaced by an all-new unit which features chrome trim and prominent “RAM” badging.

Designers also installed new headlights and an evolutionary front bumper which has an air intake. Moving further back, we can see a bulging hood, smoother bodywork, and a more rounded greenhouse.

Previous spy photos have shown the cabin will feature a host of improvements including higher quality materials and a new center stack with a UConnect infotainment system that is flanked by vertical air vents. Drivers will also find a rotary gear selector and updated controls.

Engine options are expected to carryover and include a 3.6-liter V6, a 5.7-liter HEMI V8, and a 3.0-liter turbodiesel V6. Rumors have also suggested the turbocharged 2.0-liter four-cylinder engine from the 2018 Jeep Wrangler could eventually be offered in the Ram 1500. It produces 270 hp (201 kW) and 295 lb-ft (399 Nm) of torque, which would make it ideal for customers looks to balance performance with fuel-efficiency.